I photographed an intimate wedding with Gavin Holt at Yamashiro Restaurant in Hollywood, CA on May 24, 2008.

Gavin and I have been friends for a while, but never had the opportunity to photograph together. Working with this guy was super chill.

In any event, the stars for the evening were Rachel and Ken. Both of them are from the Bay Area and found Yamashiro Restaurant to be the ideal place for them to have their wedding. Check out some of the pictures!

The awesome Yamashiro Restaurant in Hollywood! 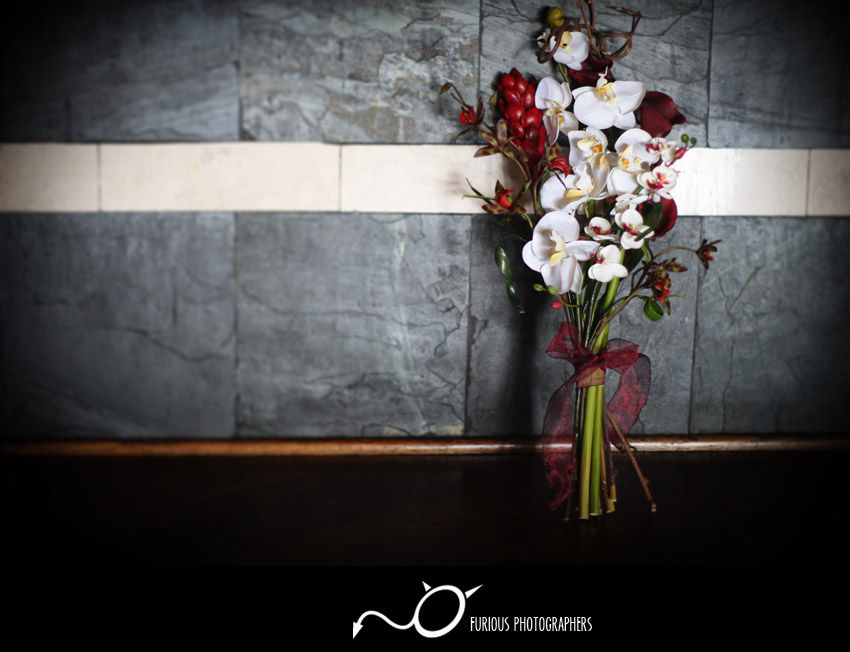 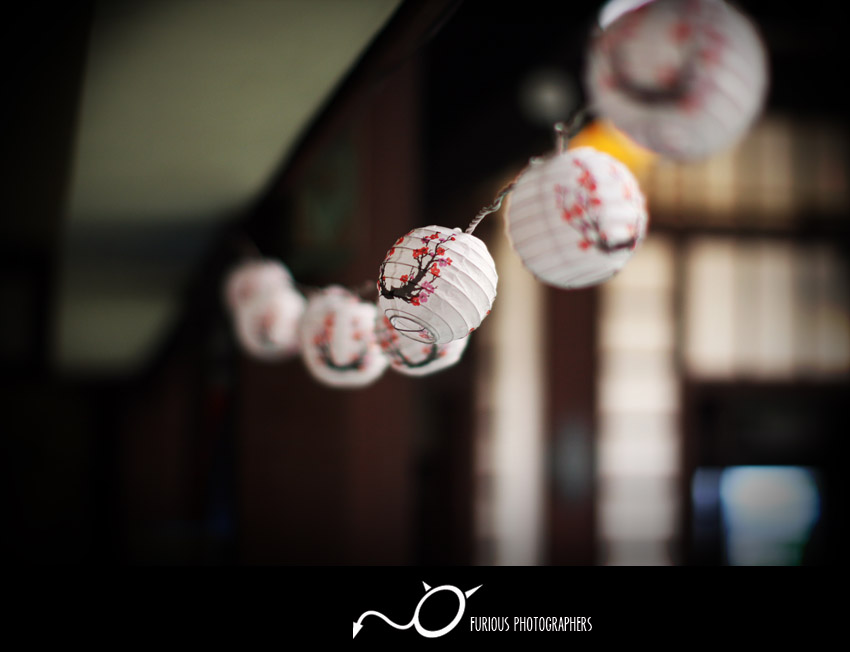 These party favors were so cute! I love favors that I can eat 😀 CHOMP!

This is an image of Ken getting make-up sprayed onto his face. The coating was so light that I would not have even known had I seen it applied. 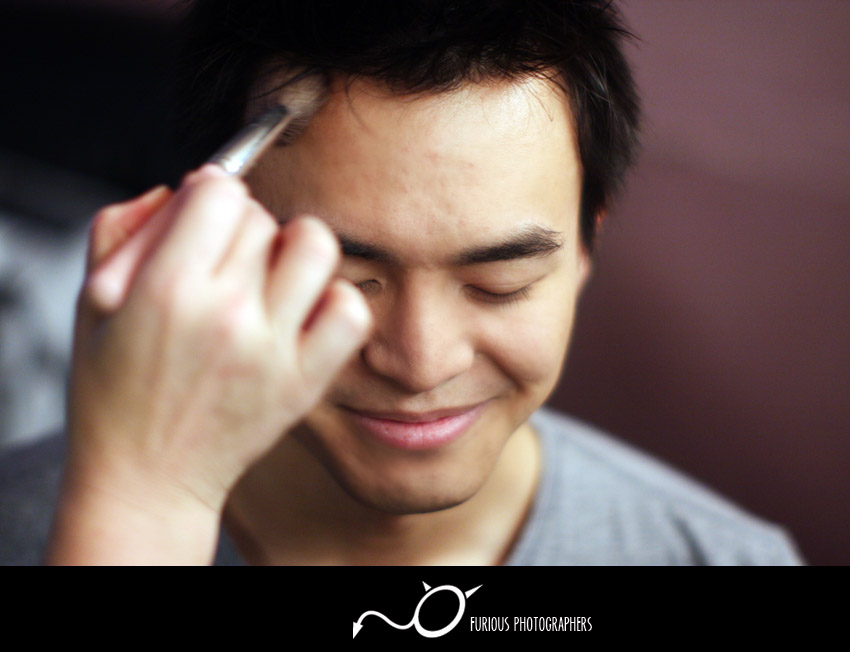 This was during Rachael and Ken’s ceremony at Yamashiro’s courtyard. It is a beautiful garden in the center of the restaurant with a pond full of colorful koi. The following image was taken with a remote camera that I hid behind some bushes. 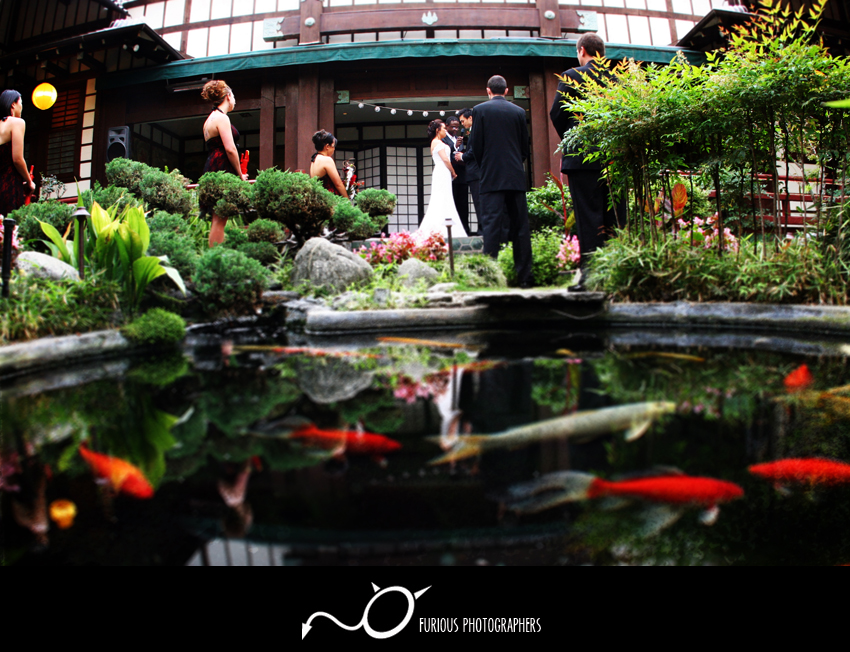 The following are some relaxing portraits of Rachael and Ken.

I forgot to mention – Ken was trained in the Shaolin Temple. The opportunity begged me to do a “Furious Five” pose like Kung Fu Panda. 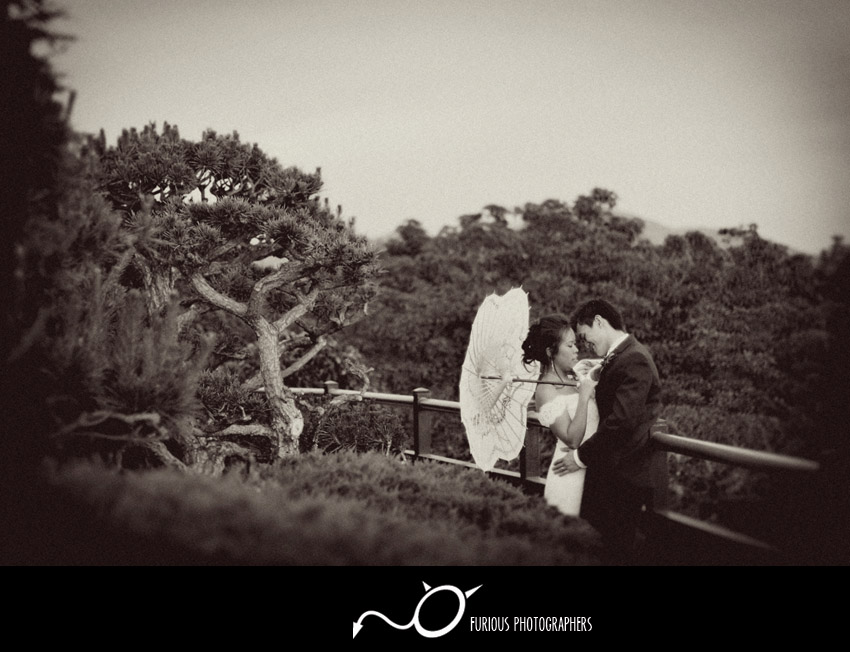 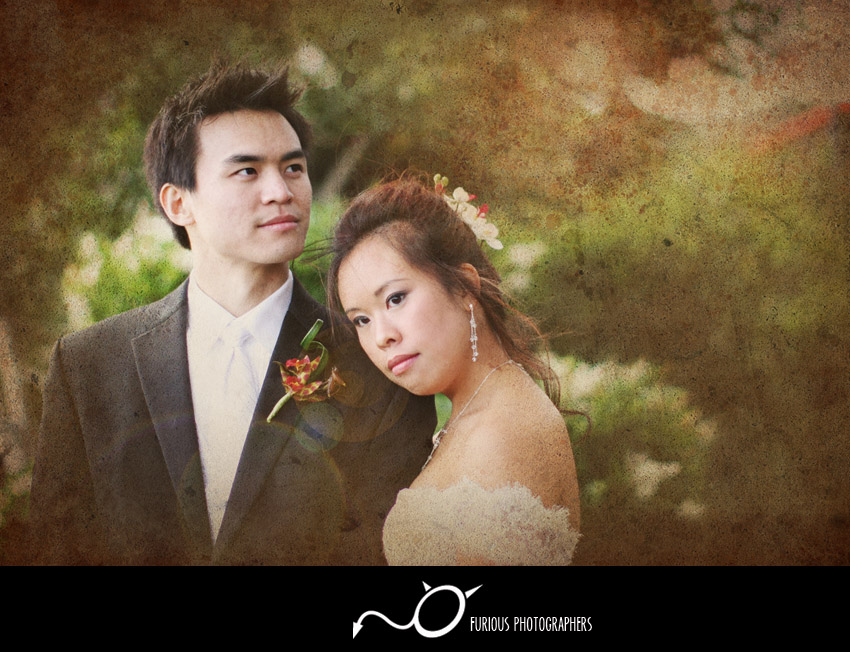 Rachael and Ken being themselves ;D 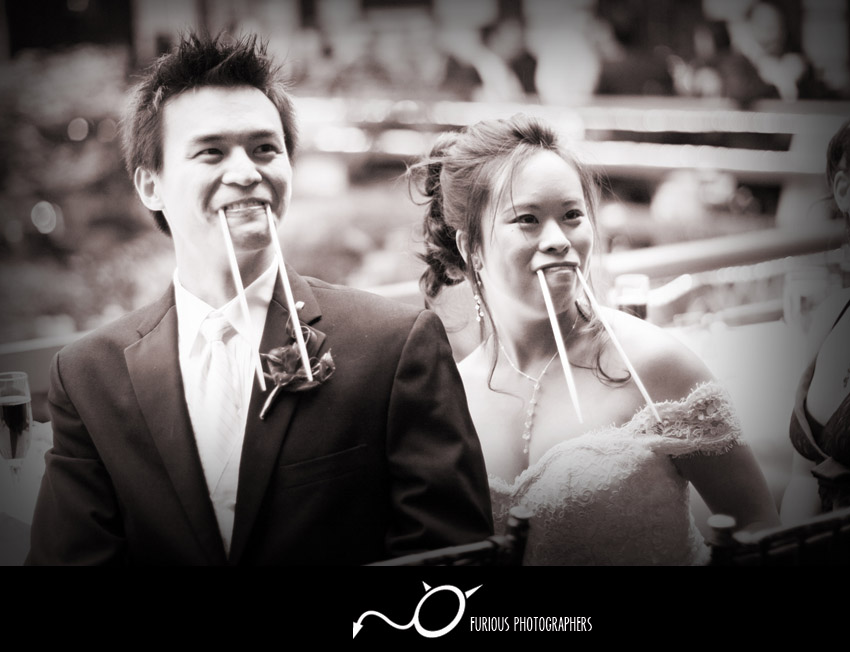 I was so fortunate to sit in a table with only one other individual who eats sushi – Gavin. The rest of the guests did not even try it. More for us! Haha so delicious! 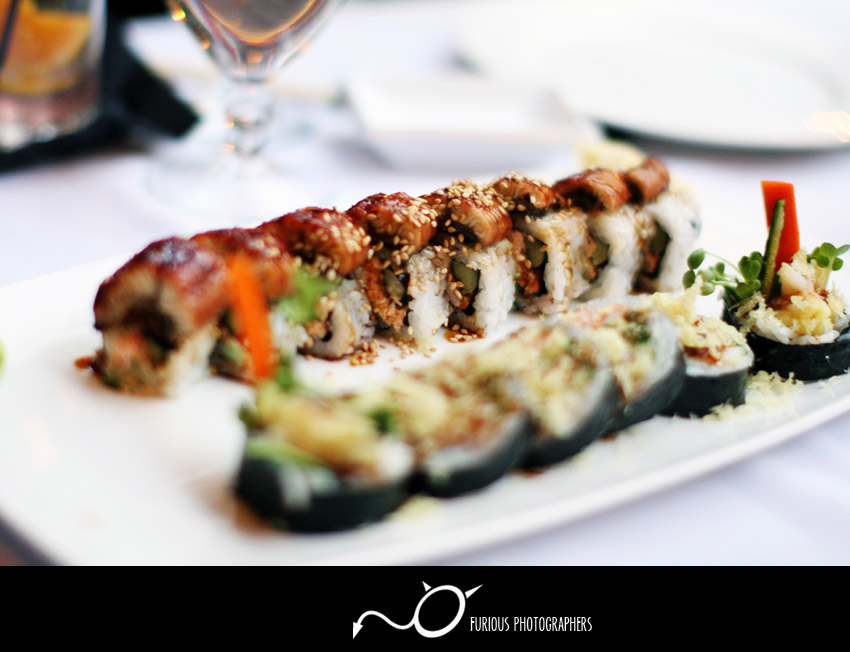 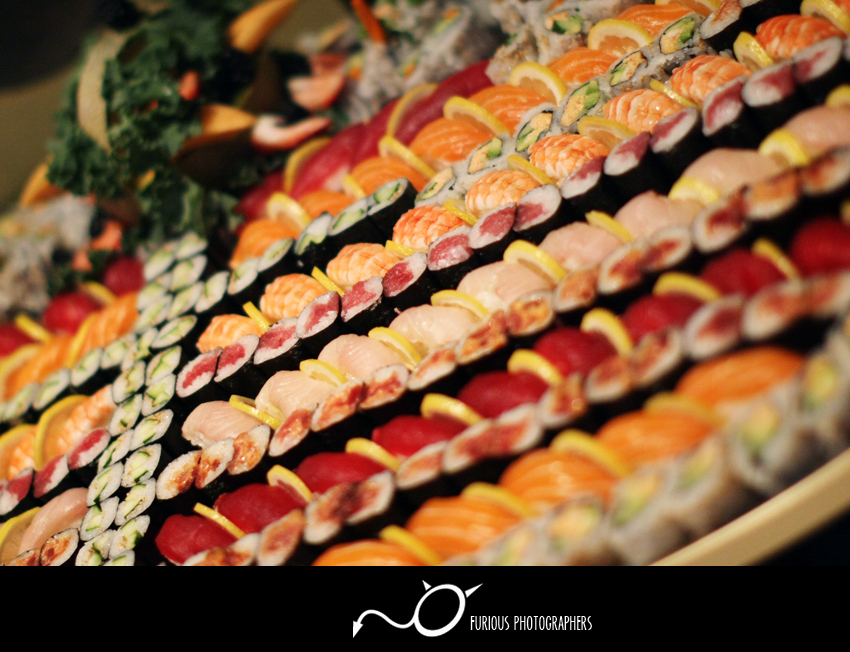 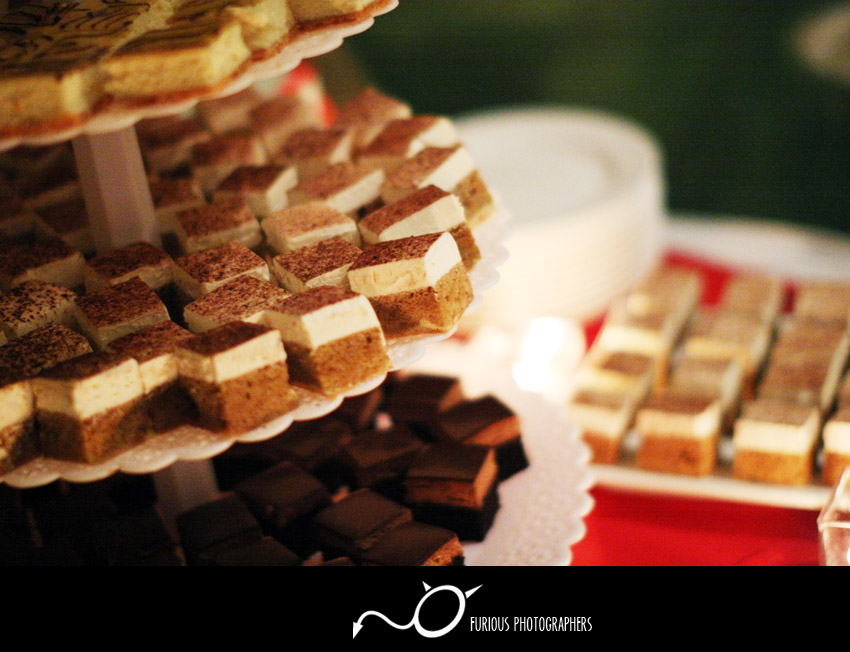 Just look at that view of Los Angeles at dusk! After the evening festivities died down, I took a respite and was in awe when gazing out at the metropolis. 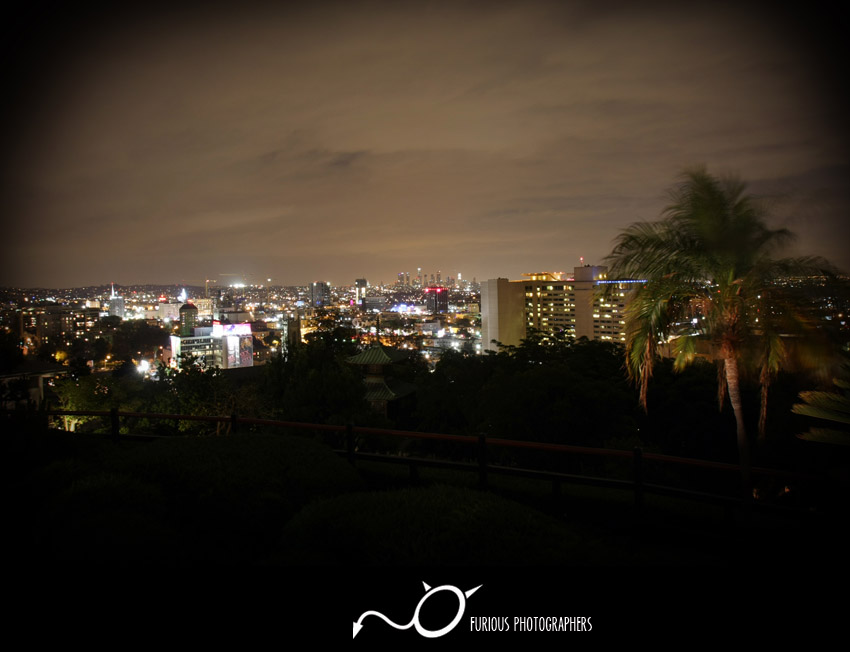 If you want to see more pictures, visit Gavin’s website!