I know that I am posting in backwards order, but I blame the Southern California heat. It is making me delirious. On May 3, 2008, Julie, Doug and I photographed an awesome wedding in Palm Springs at Smoke Tree Ranch

The fabulous couple – Kim and Eric – hosted an entire weekend of fun events for their friends and family members at this Palm Springs resort. On the day of their wedding, they began their morning with some yoga. This was followed by swimming and poolside bar service. To make the heat more bearable, Kim and Eric invited an old fashion ice cream truck to offer us unlimited ice cream! Obviously, I took advantage of this opportunity 🙂

While everyone were enjoying themselves, Kim retreated away to do her wedding preparations. The following image is a cool watch that Kim had since she was a little girl – a Casio Illuminator – and never replaced. 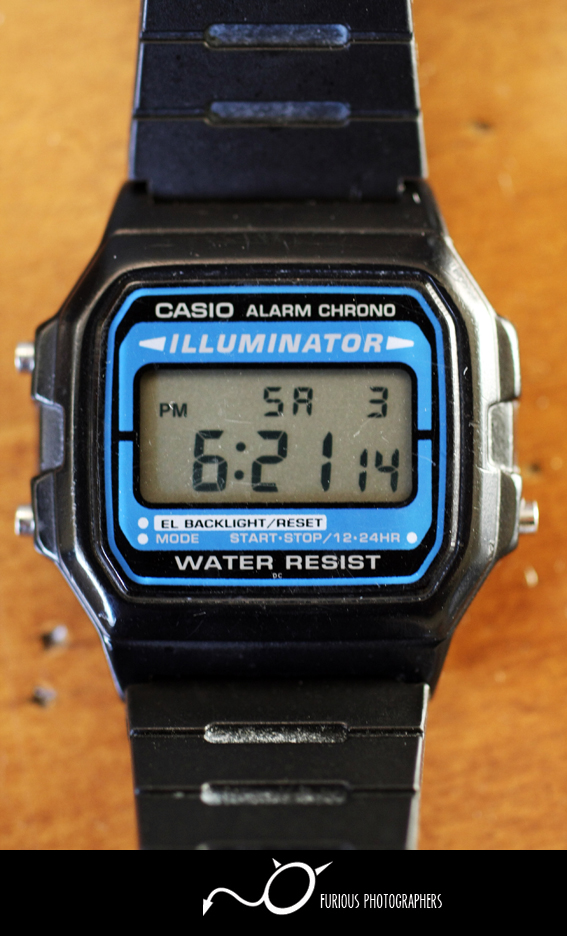 When the hair stylist was away, we played with the fake hair haha 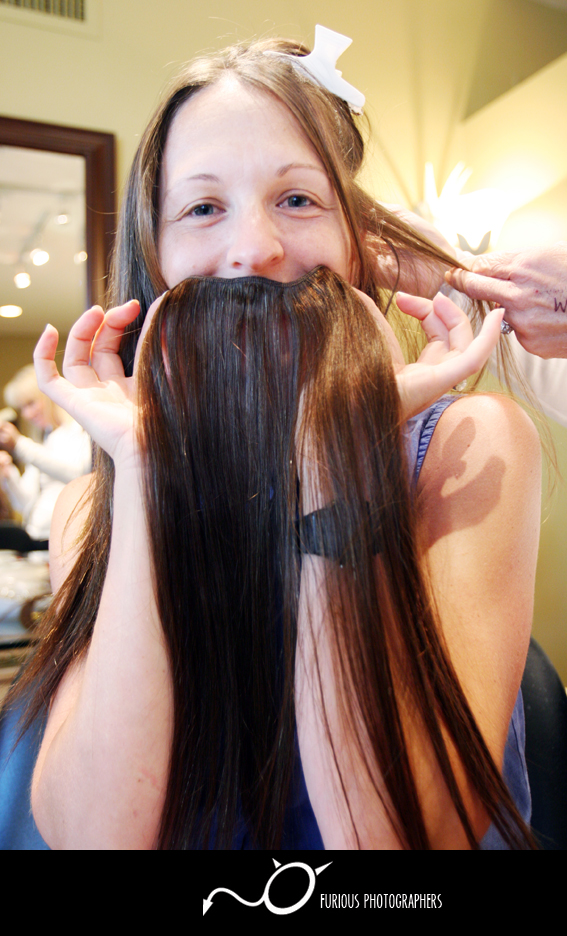 Kim and Eric had a traditional Jewish wedding later in the afternoon. 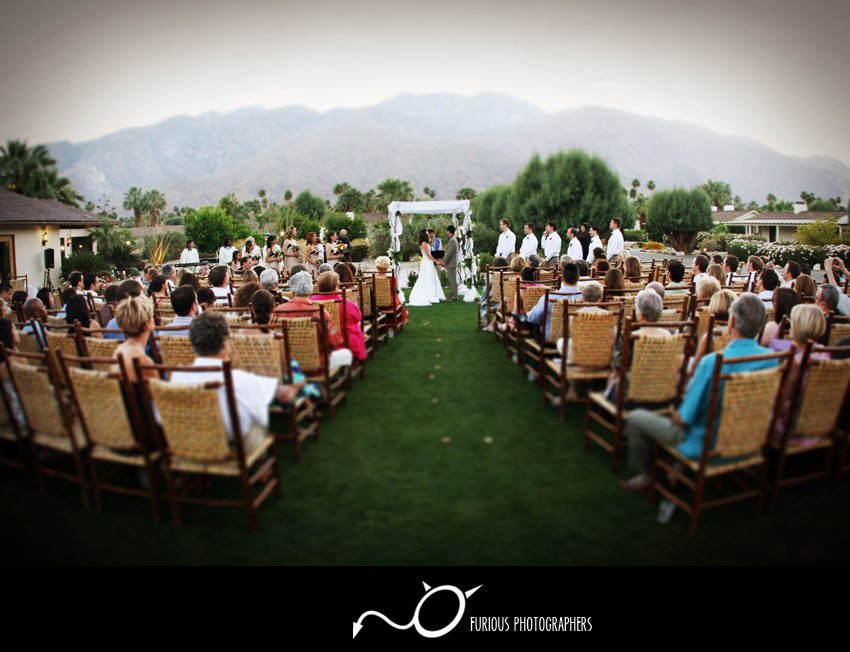 Kim wanted an extra hot picture of herself. ;D 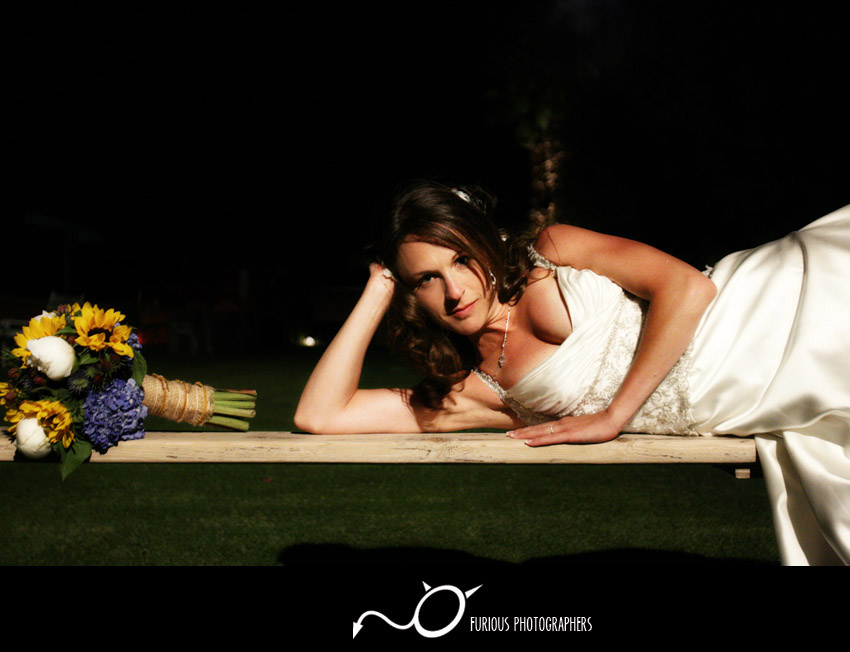 While Doug took care of Kim, I photographed Eric and the boys. As the sun was setting, I rushed all of the guys outside from their air conditioned rooms to take this bitchin’ picture. I wanted to make it look like an album cover for a rock band! HEHE! It was not easy to achieve though because I had to give just the right amount of fill light and I had to keep changing my settings because of the changing light intensity from the setting sun. 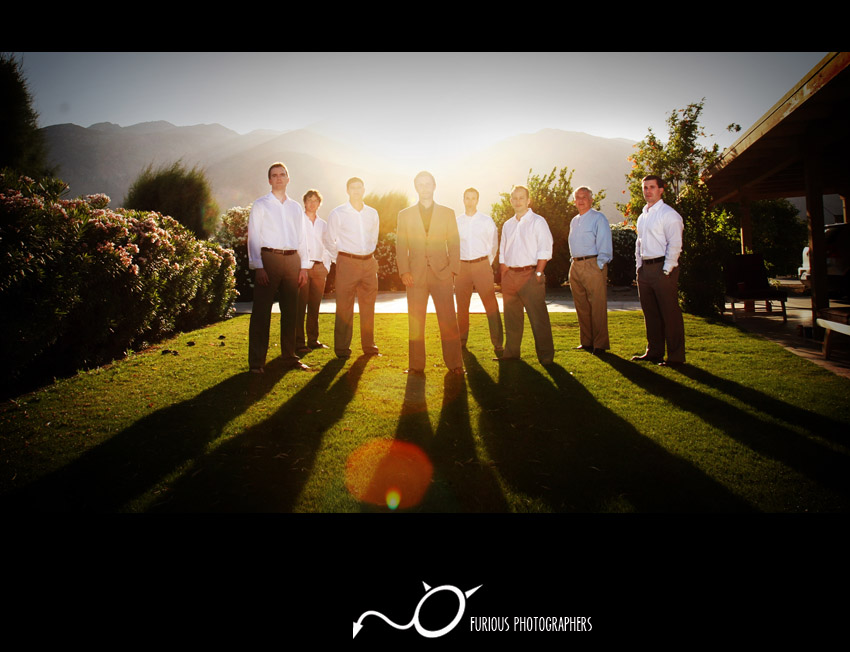 Following all of the portraits and all, it was time to party! 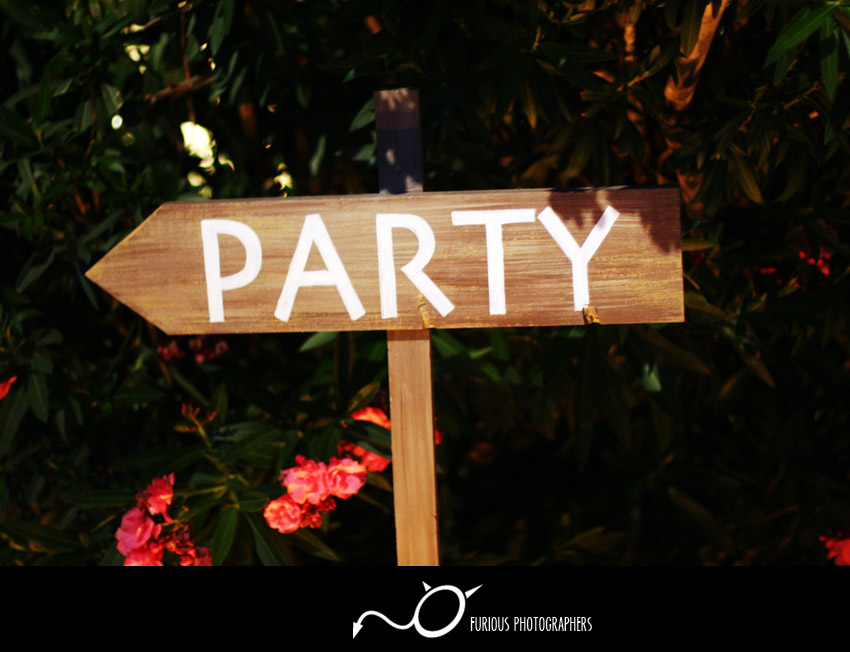 Look at the cool chandeliers hanging off of trees! I know that it is not the best angle, but I wanted to give you a clear idea. 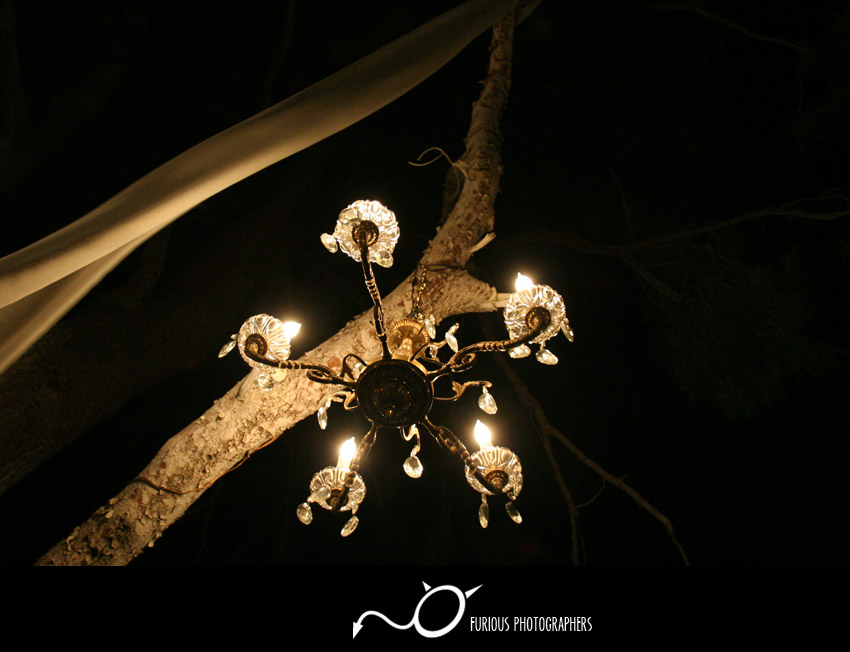 The cupcakes looked almost too good to eat. 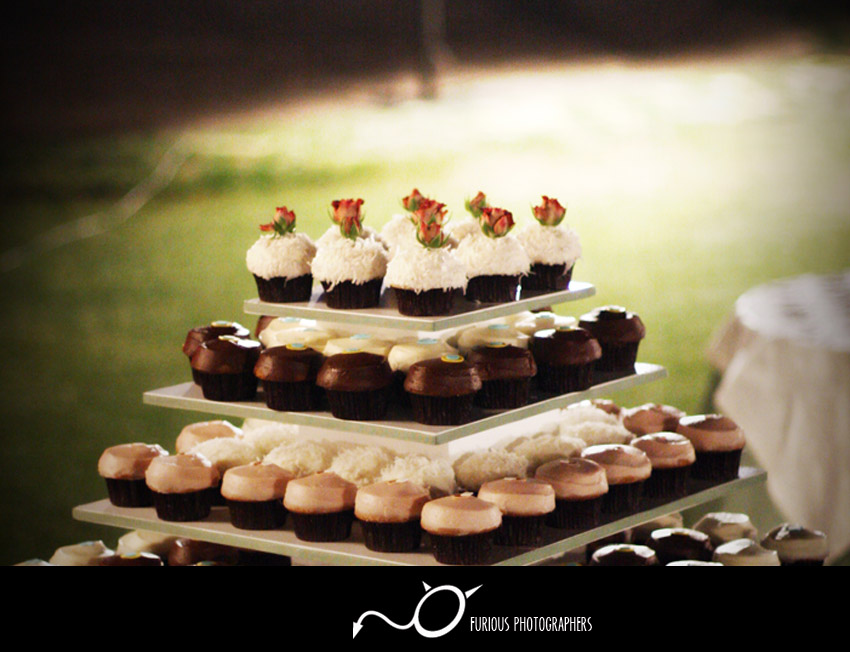 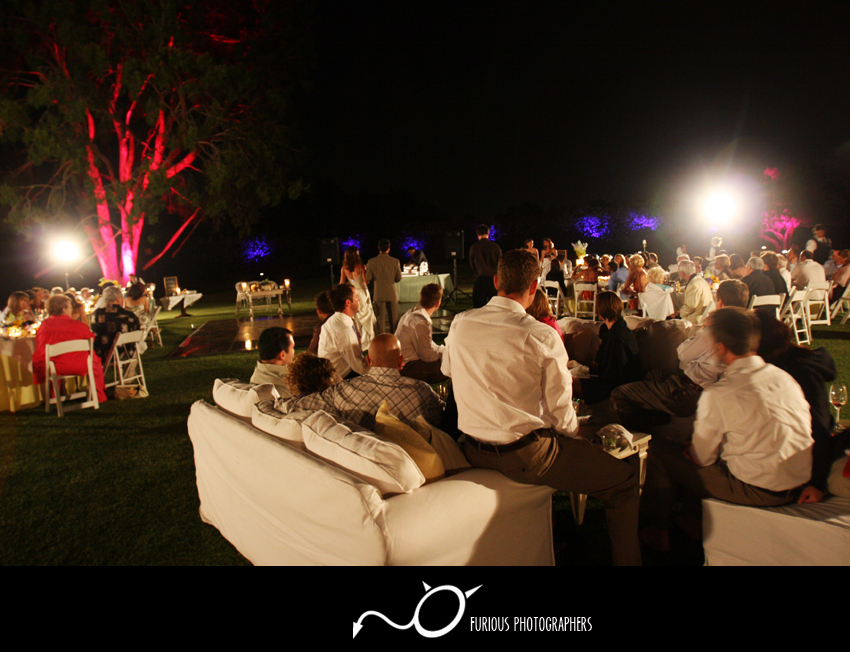 There were also loads of Polaroid cameras so that guests could take pictures of themselves for the guest book. 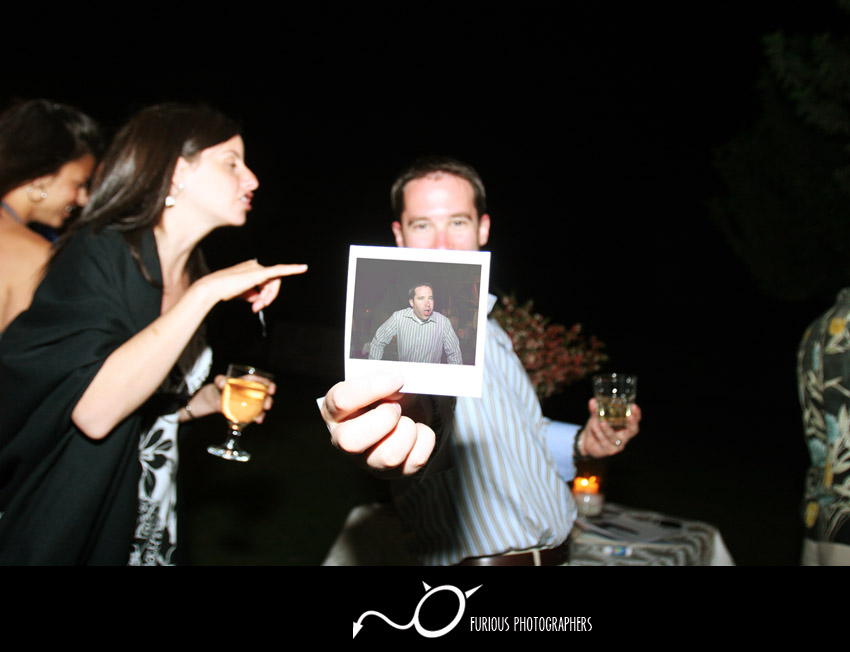 This guy had a fabulous t-shirt for the wedding reception – meow! 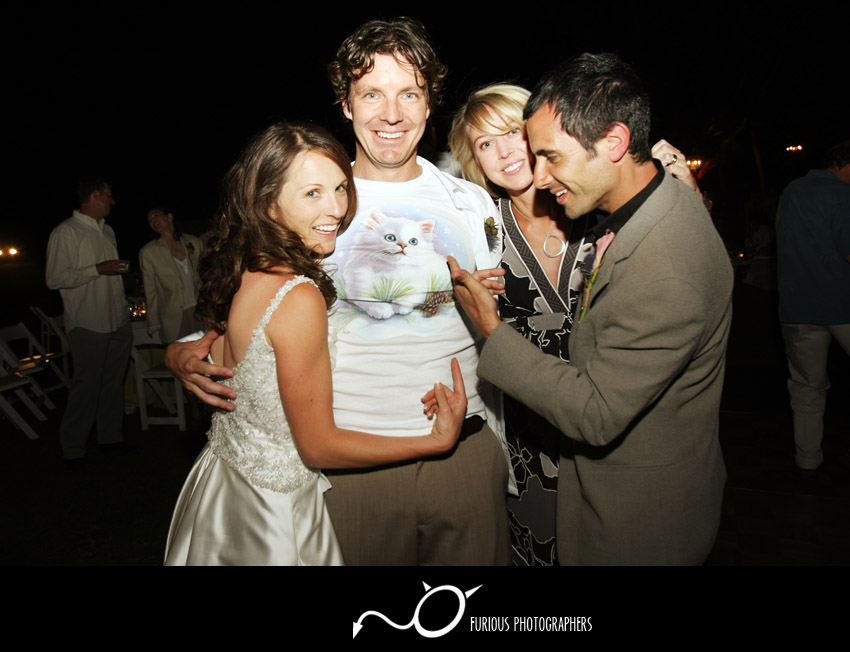 Light painting + wedding photography again! It did not turn out as well as Sharon and Derek’s light painting because we were short on time and they were really drunk haha! 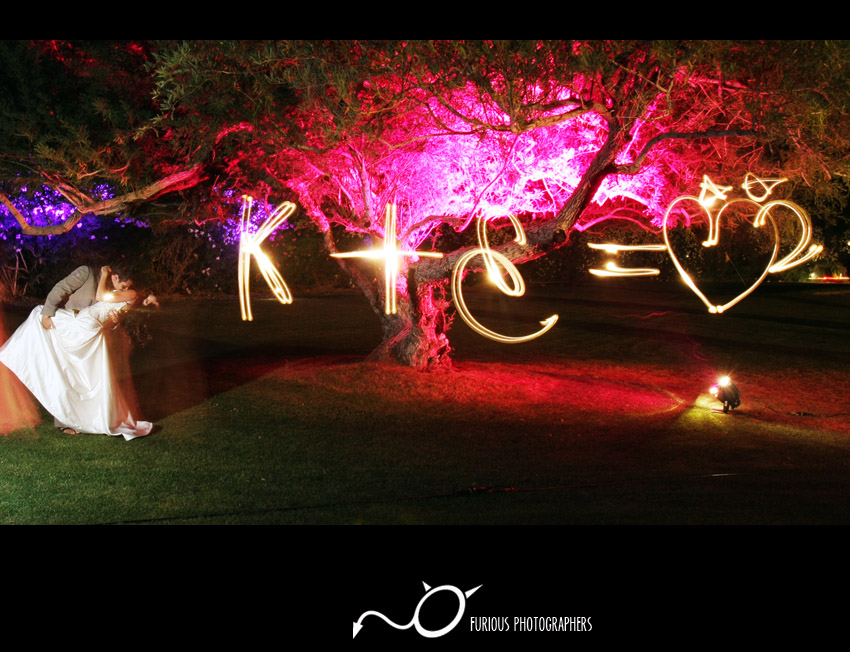 Overall, it was a blast to photograph this wedding. Special thanks to Center of Attention lead by Michele Fox Gott for hosting a beautiful wedding.

Stay out of the heat,