Hollywood has so much history in terms of the City of Stars, along with all the movie sets and tourist attractions. Tom actually works in the movie industry, so Hollywood was an ideal place for these two love birds to have their engagment pictures taken. We started out at the Kodak Theater and moved along Hollywood strip. It was fortunate that Tom knew his way around secluded areas in Hollywood to avoid the hustle and bustle of the traffic generated from the cars and tourists that populated the streets.

It took a few rounds for this photo. There were too many kids playing in the fountain at the time and stood in front of my camera. I should have taken a few photographs of those kids that danced in front of me. =) 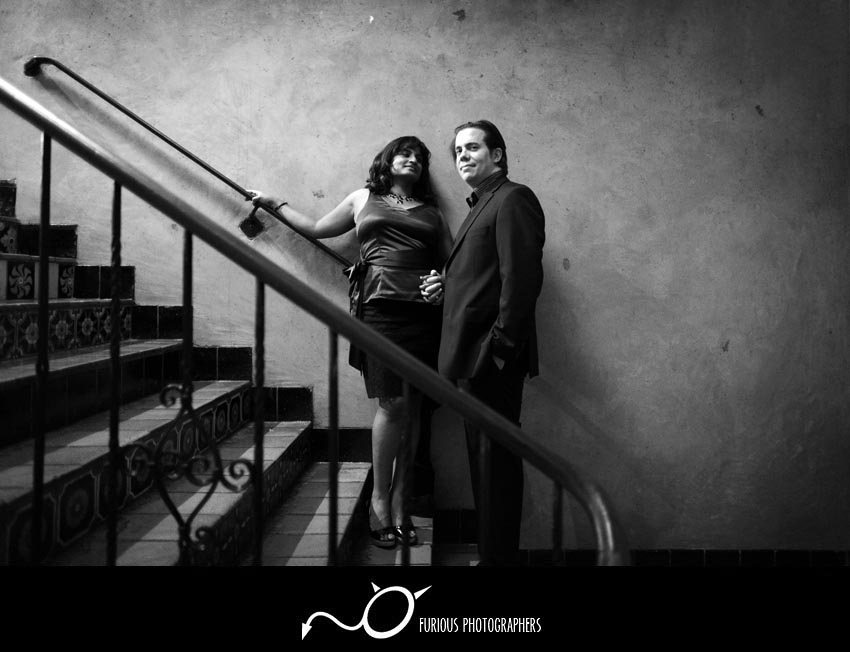 There were many beautiful murals such like this following engagement photo all over the walls of Hollywood. Nina and Tom somehow always took interest in this specific one. 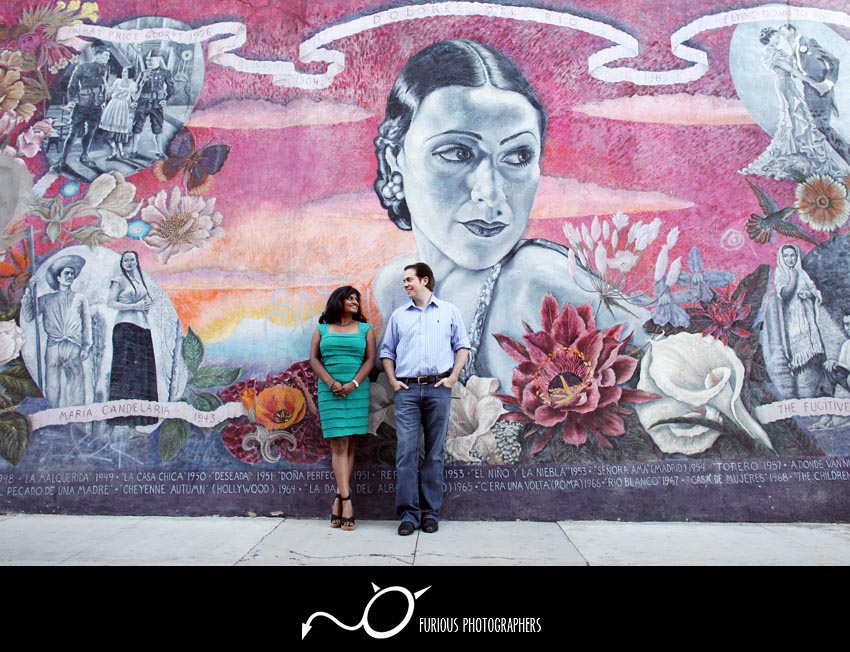 We later drove down a few miles on the outskirts of Hollywood for some peace and quiet in a local park to conclude our engagement photo session. 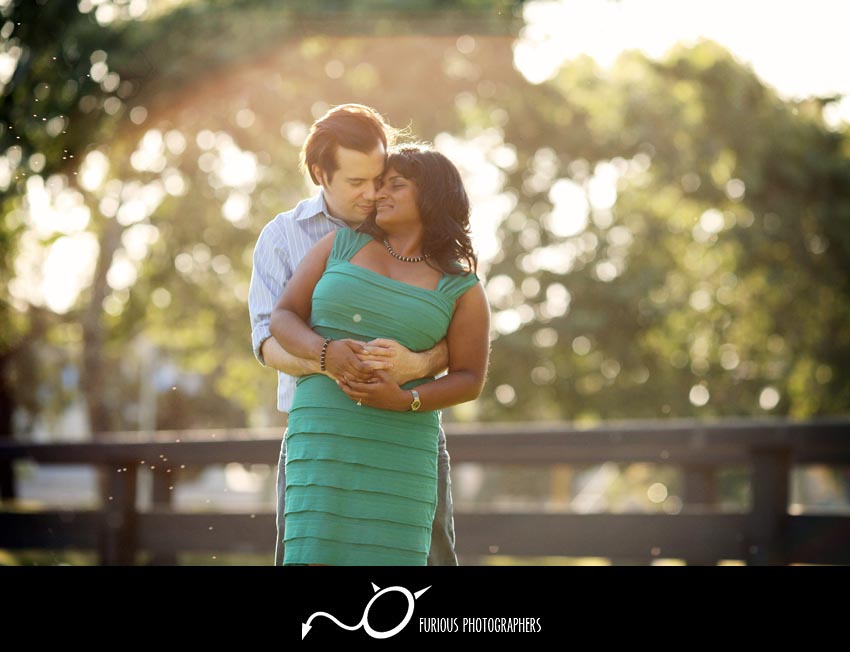 Nina and Tom hosted their wedding at Casa Del Mar in Santa Monica early this Summer.

This Calls for Cigars | Pamela & Tim