This is Lawrence and I am not dead. Like what Doug said in an earlier post, I have been working diligently on new projects that I hope to deploy very very soon. I know – I have been neglecting my blogging. 🙁

We had the opportunity to photograph a really fun couple – Elizabeth and Juan. I just realized that I did not post their engagement pictures yet! =x I guess that will have to follow this post and be out of order. For those who stalk, you should know by now that we do not post in order : ) It keeps things interesting. It’s like BAM! You can’t predict what’s coming up next. 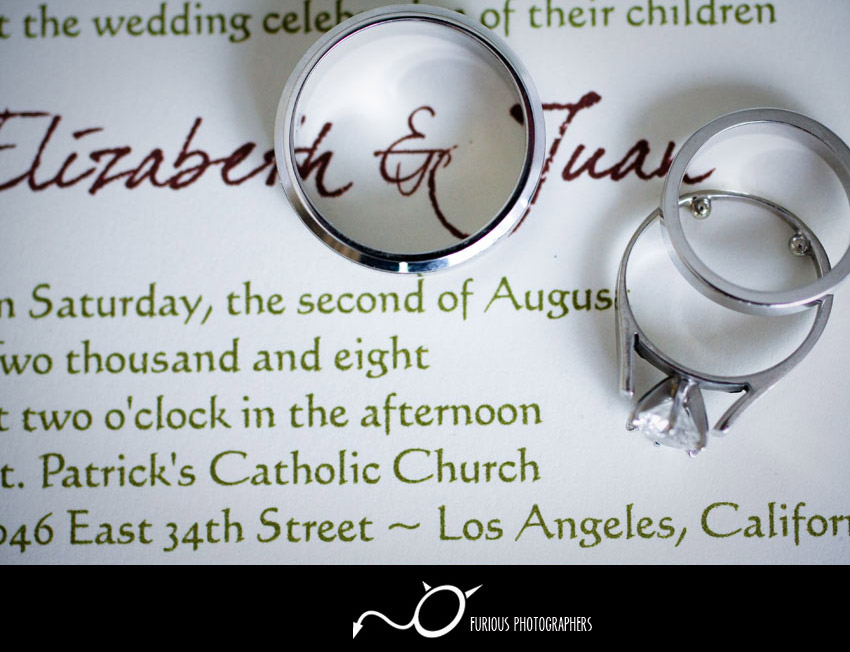 What can I say?

I love rings! So pretty!

While Elizabeth was getting ready, the boys were messing around a few doors down. I ran back and forth while Doug took care of dress and shoe detail shots. 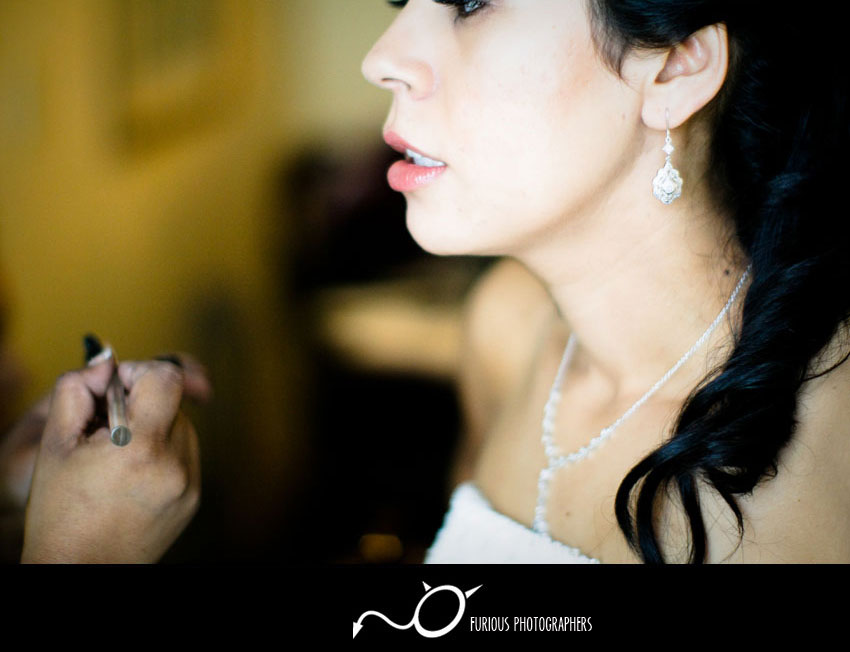 Skipping scenes: Groom’s room. What initially looked like a sink barfing Heinekens, by the time I returned there was only one left. 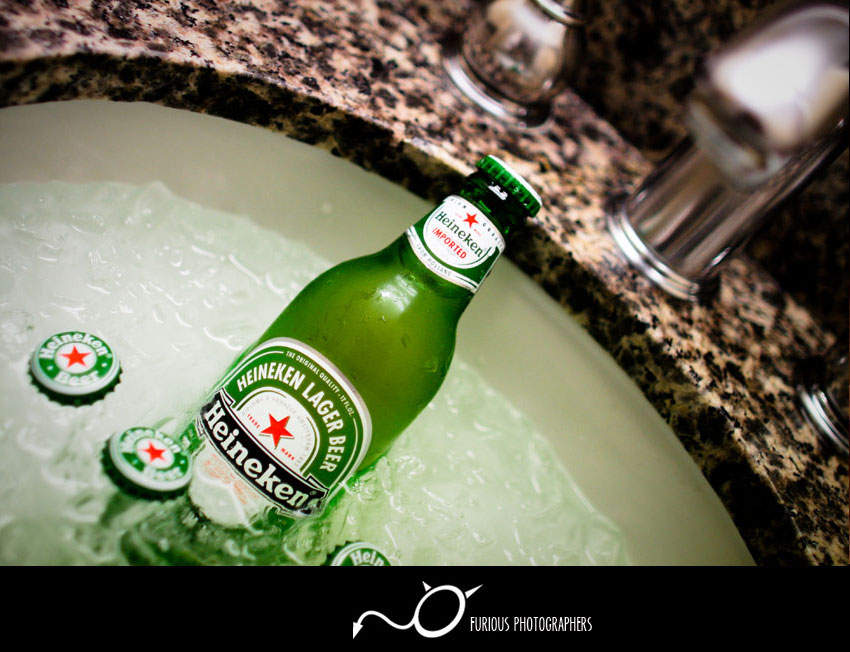 Since the wedding parties were sequestered into different parts of the hotel, Doug took the boys on a Furious adventure. This figurine was “borrowed” from the bar. They took him around to various places to take pictures. 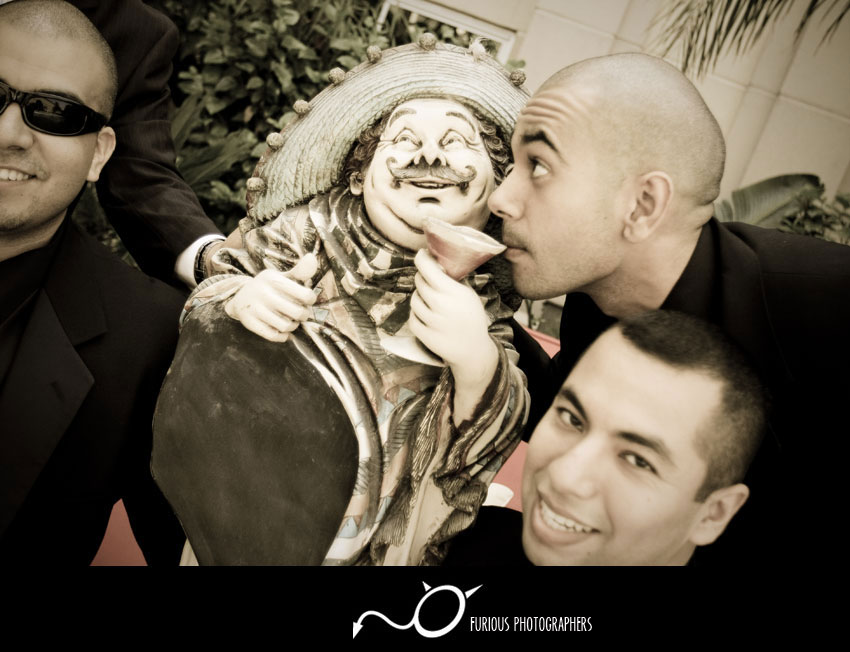 Elizabeth and Juan rented this wicked old school Mercedes limo! It was truly one of a kind. We parked it outside the Los Angeles Public Library and did a number of photographs there. 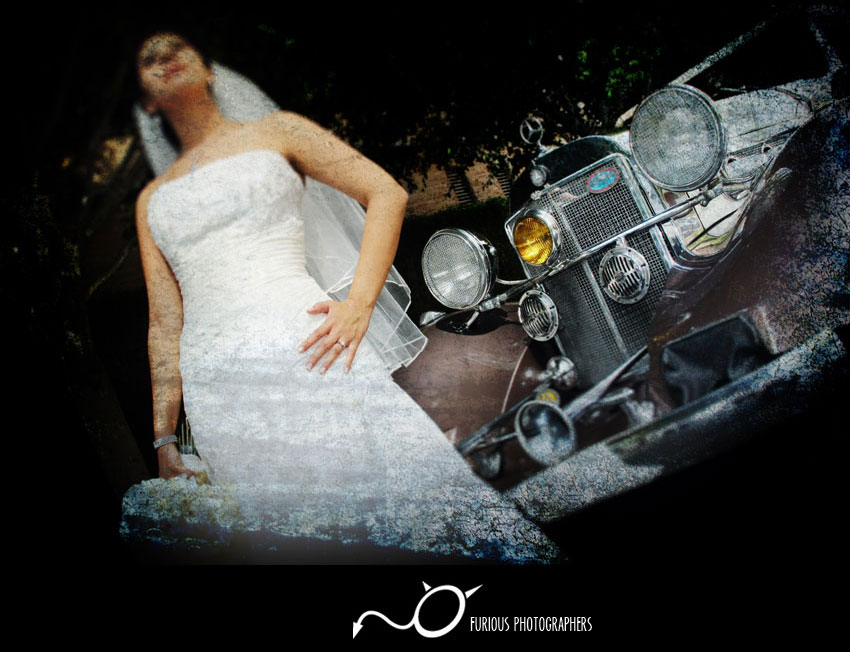 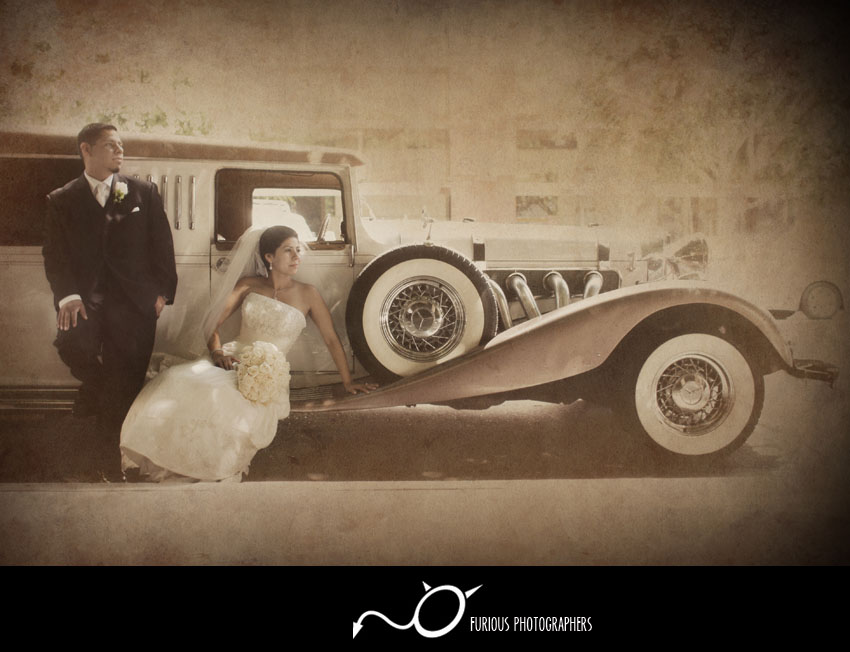 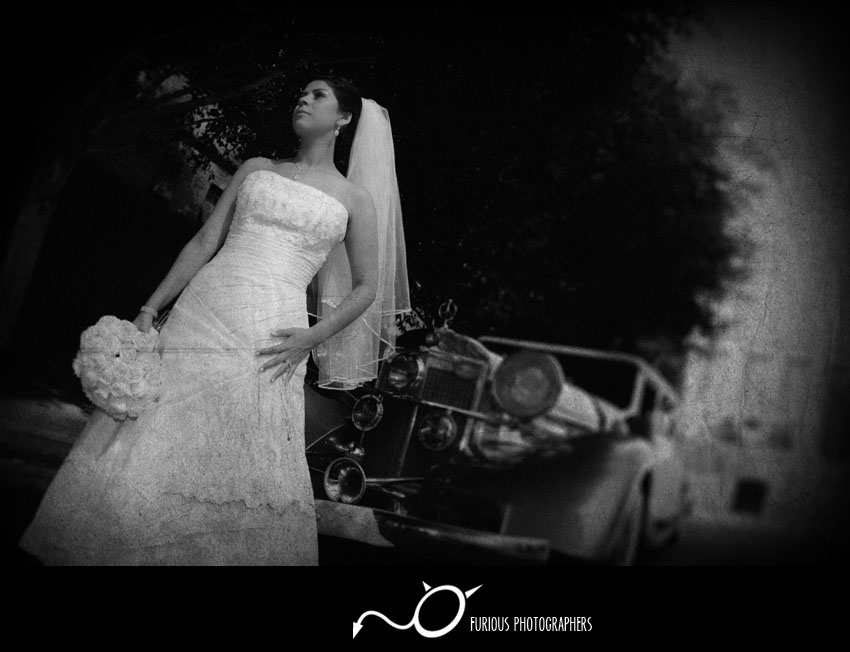 The driver looked so snazzy that we had to include him in one of the photographs.

A couple of pictures during the reception! I would post more, but I received emails that our blog took too long to load. 🙁 I used to post easily 30-40 pictures, but have to refrain now.

Overall, a very chill wedding. Thanks Elizabeth and Juan for gracing us with the opportunity ;D Viewers, check back for a post on their engagement pictures. I want to share their awesome canvas print that they used for their reception hall.

Sing Your Heart Out | Louise & Paul