Back from Mexico! What a trip – I was on what they considered the “holiday cruise” because I went over Christmas / Hanukkah / whatever holiday break. I went on the Norwegian Cruise Line (NCL) Star. It toured the Mexican Riviera – Cabo San Lucas, Mazatlan and Puerto Vallarta. Aside from the super cool service and extremely sanitary environment, they have a wedding ceremony hall!

I was so stoked when I saw it because I imagined people getting married in it. I long for the day to be able to photograph one of those weddings! A wedding on a cruise. Correction – a wedding on the sea/ocean. That would be super awesome. Be it Norwegian Cruise Line, Princess Cruise, Carnival Cruise, Royal Caribbean Cruise, I will so be there! In case if you are interested, please visit the following, or continue with my Mexican adventure below.

Again, Julie and I took Norwegian Cruise Line (NCL) to Mexico. They also offer trips to Mexico, Europe, Asia…basically around the world. 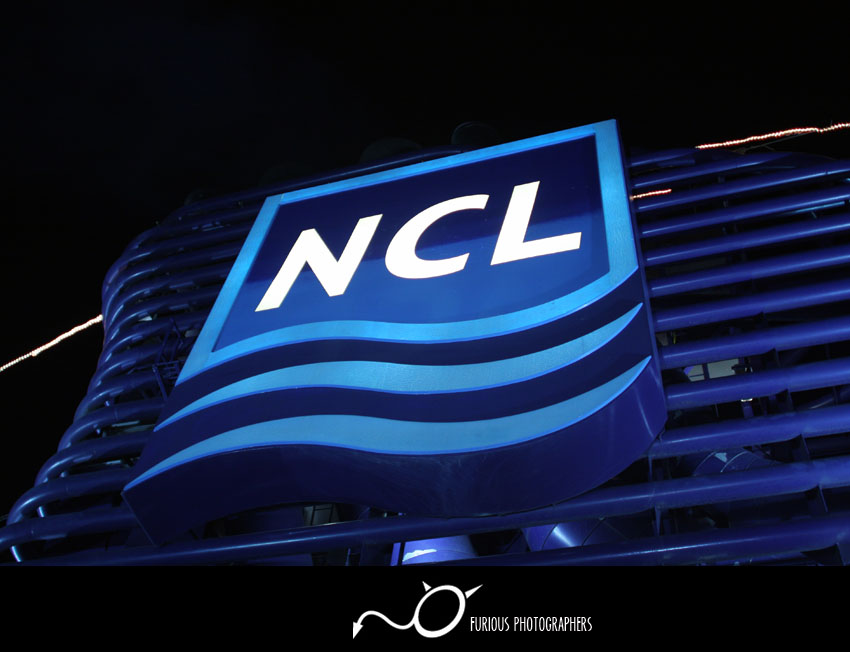 Here is a ubiquitous item – motion sensor hand sanitizer. Before anyone was even allowed onto the cruise, we all had to wash our hands. They had these pumps everywhere! These hand sanitizers were at the entrances and exits for restaurants, restrooms, playrooms, library…everywhere! 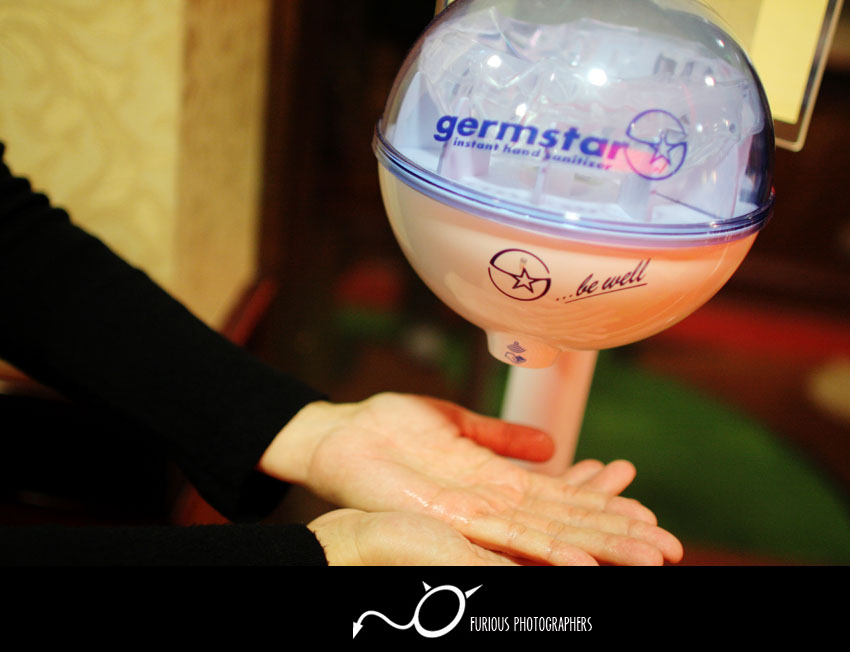 Here are a couple of pictures of the intimate chapel on the cruise – so awesome! It overlooks the ocean! 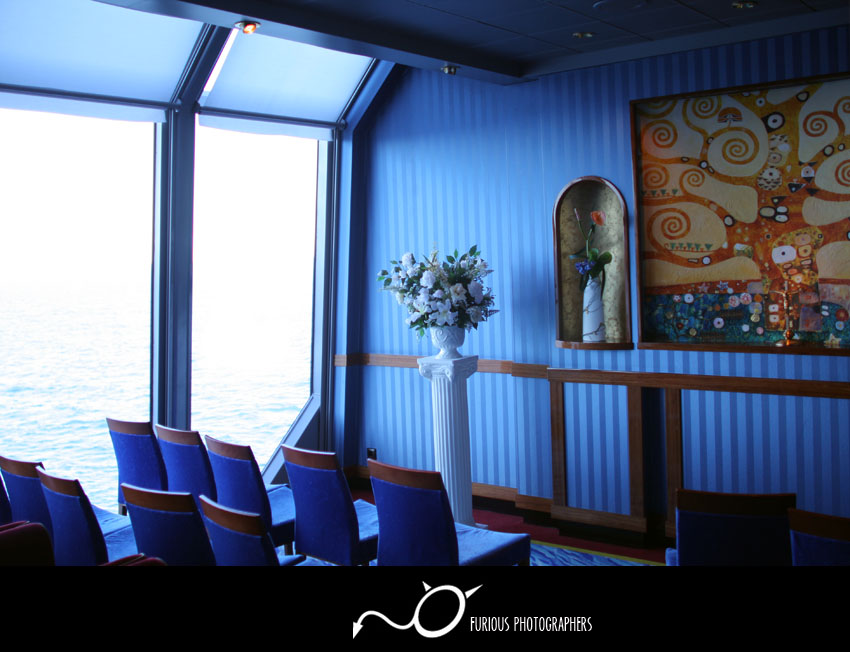 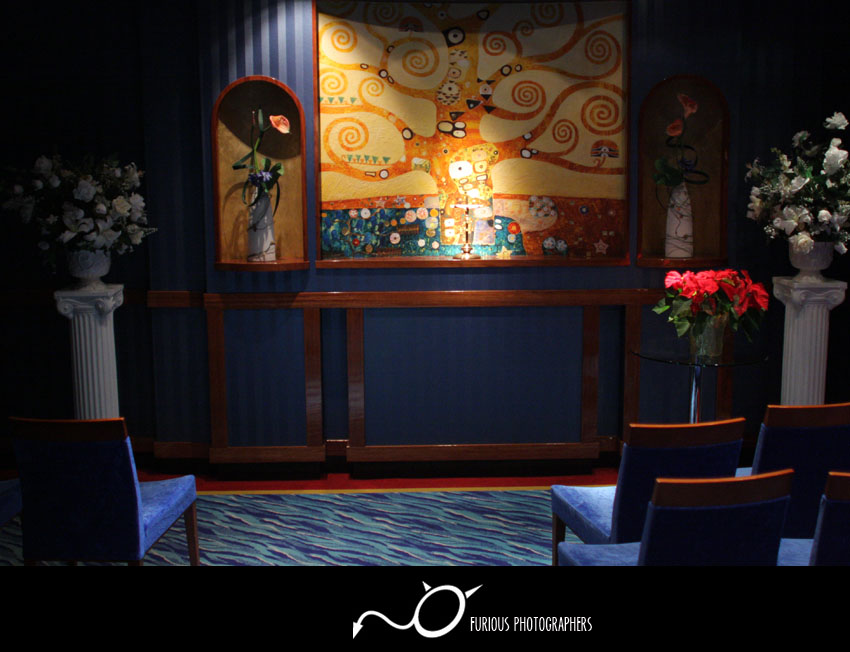 The cruise makes sure to have plenty of entertainment on board. Aside from game rooms, pools, jacuzzi, slides, live music, there were also broadway shows and magic shows every night!

First stop – Cabo San Lucas. We had to take these tenders (also the life boats) to land. The Princess Cruise Line and Oosterdam Cruise Line were also there. Since there was only one dock at each location, the cruise lines had to take turn using it.

While on the tender, I was reminded of a fun time I had at Cancun with Julie when I looked at her bag. We will actually be photographing two weddings there this year! One in Cancun and one at Isla Mujeres, Mexico. 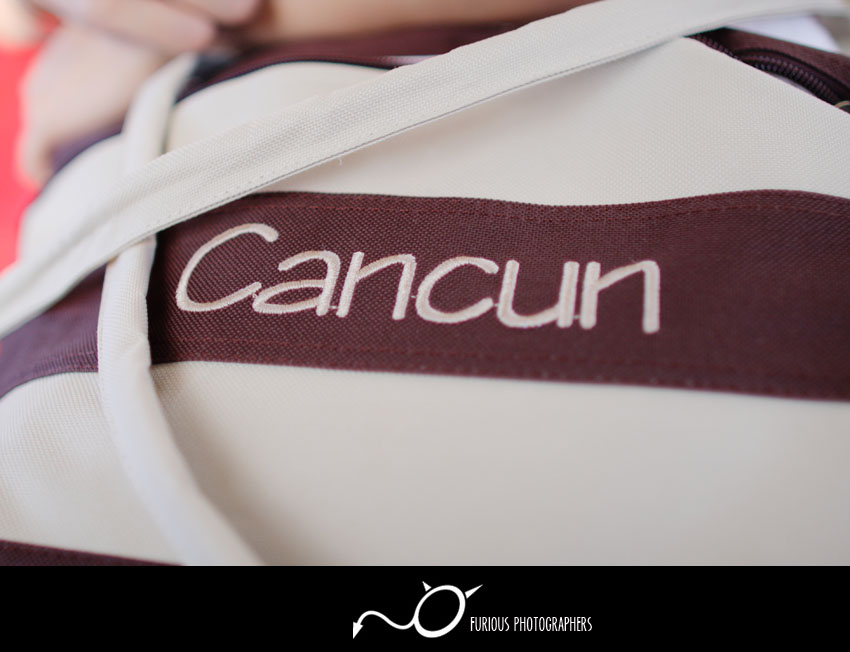 Look at Cabo San Lucas, Mexico – perfect place to play and to have a wedding. I have a friend who had it there once and it was awesome!

Here is an image of the our cruise (NCL) and Ooserdam docked out in the ocean. The ocean looks so inviting 😀

There were various excursions that one can take at every dock. Julie and I decided to go scuba diving! Normally, I am not sea sick, but taking a tiny boat out to our dive site got me making fish food the entire day – not fun.

While I was there, I saw lots of well-behaved dogs that would just sit there. They do not bark or chase. They just lay there! By the way, I photographed this with a 24mm lens, so it was not a telephoto or anything. Even being so close, the dog did not react, which was weird.

Back on the cruise, I watched a magic show by Murray! What a funny guy! Since I was sitting in the front seat, I got lots of autographed stuff tee hee! 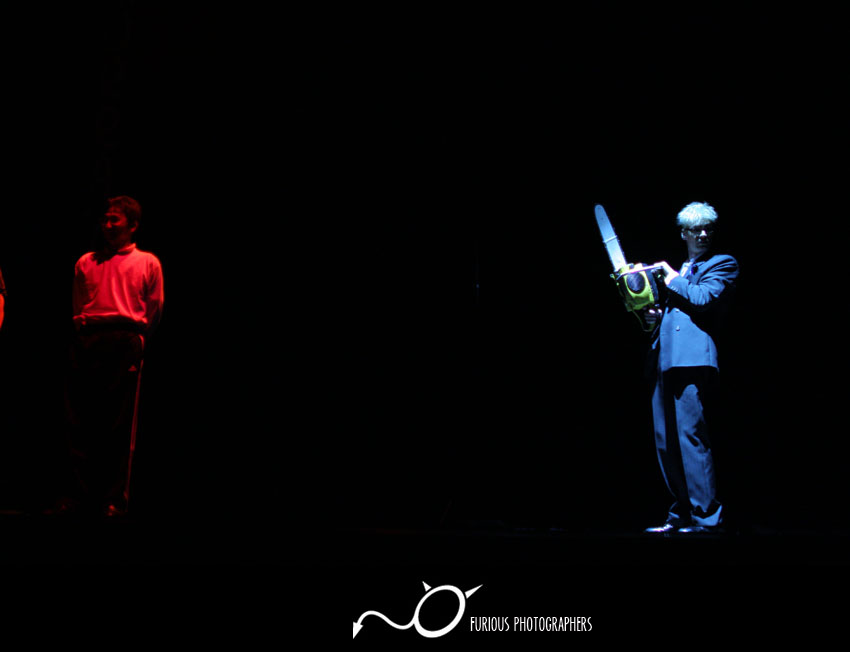 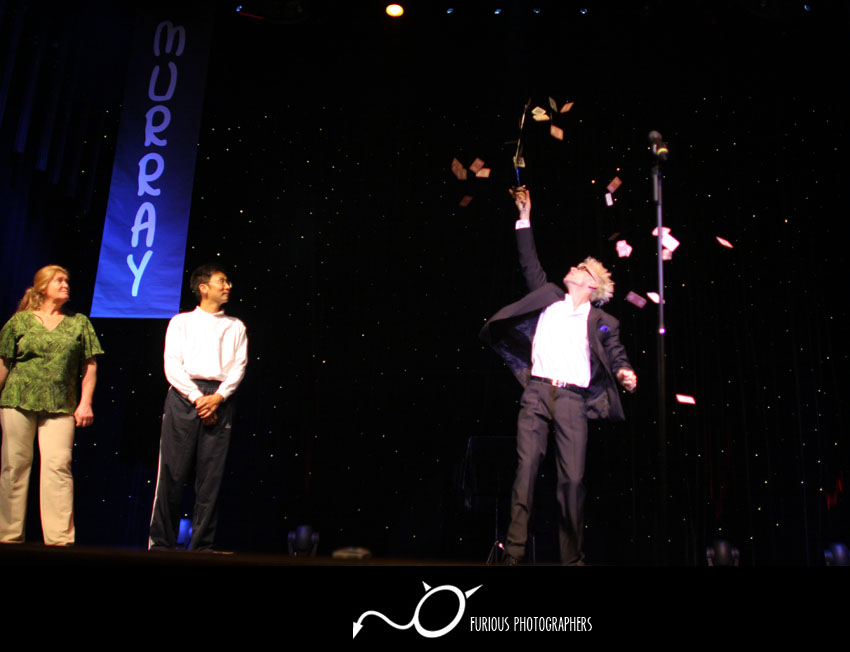 Second stop – Mazatlan, Mexico. Since the previous day was such a disaster (vomiting), Julie and I decided to take a nice scenic bus tour, which was awesome! We saw many historical places and ate at cool restaurants. The best part was that I got to see everything cool about Mazatlan and napped in the bus in between each location.

The following images are of an old brick builder. He made everything out of adobe, which keeps the homes cool during hot days. He made about $20 for every 1,000 bricks he builds. Wow!

Next stop on my bus tour was a pottery and wood shop. 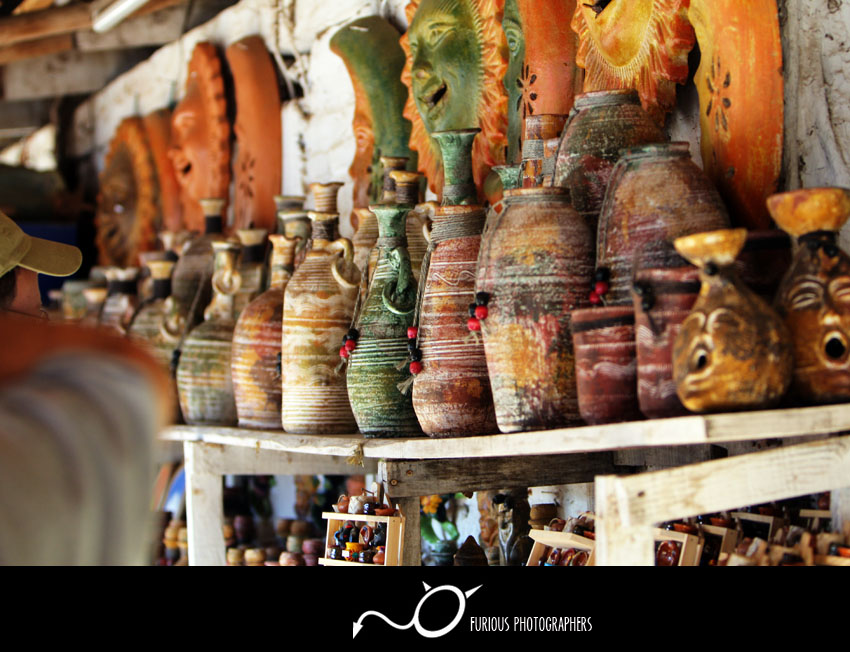 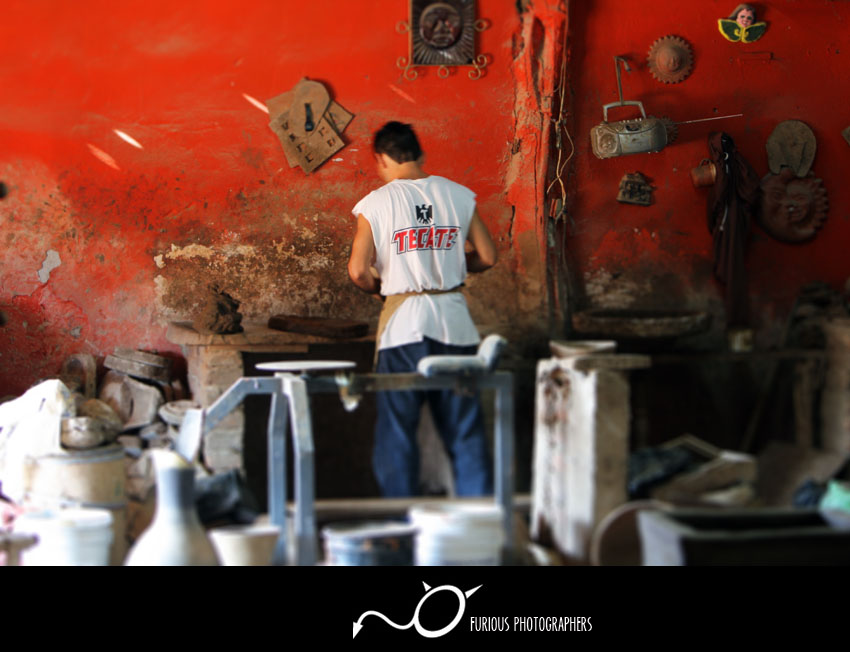 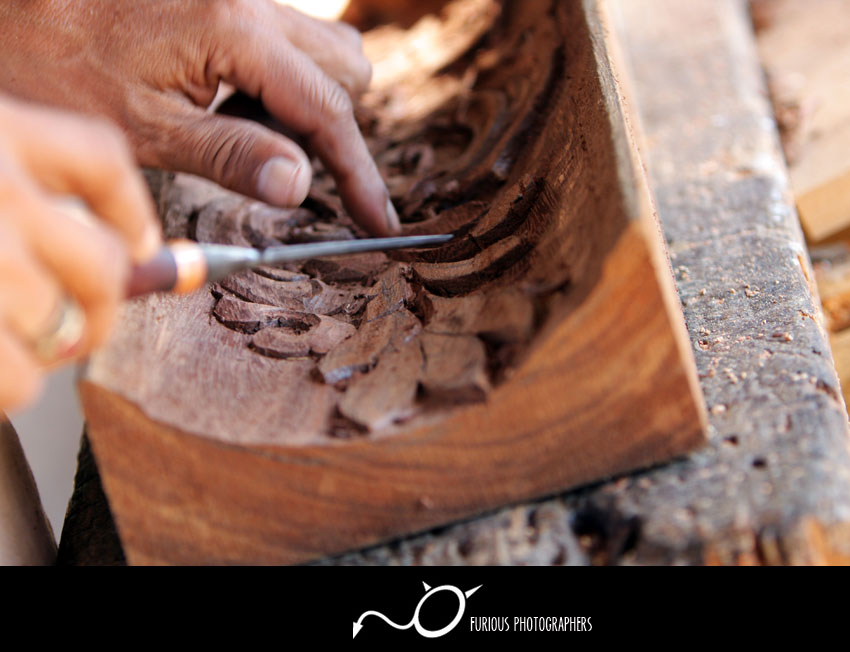 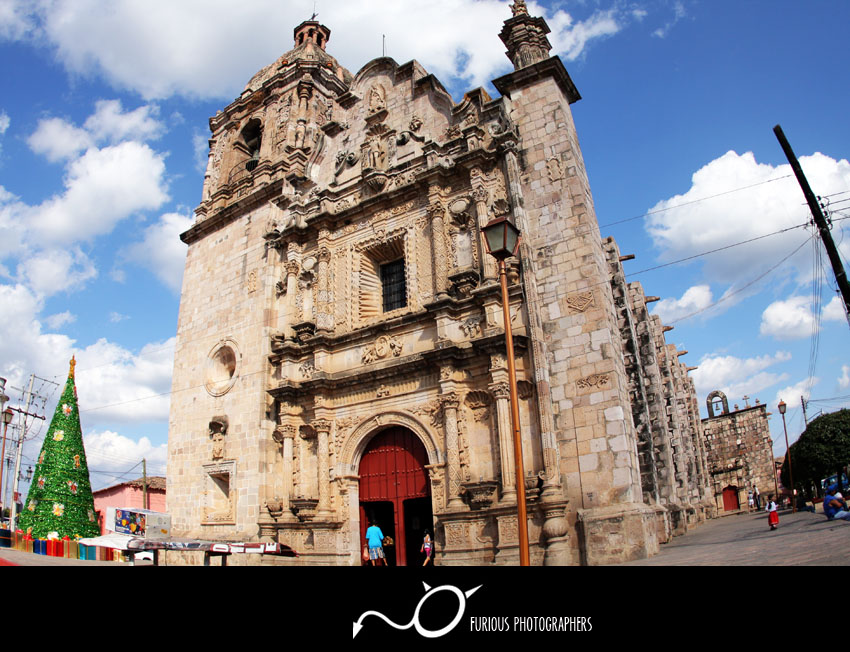 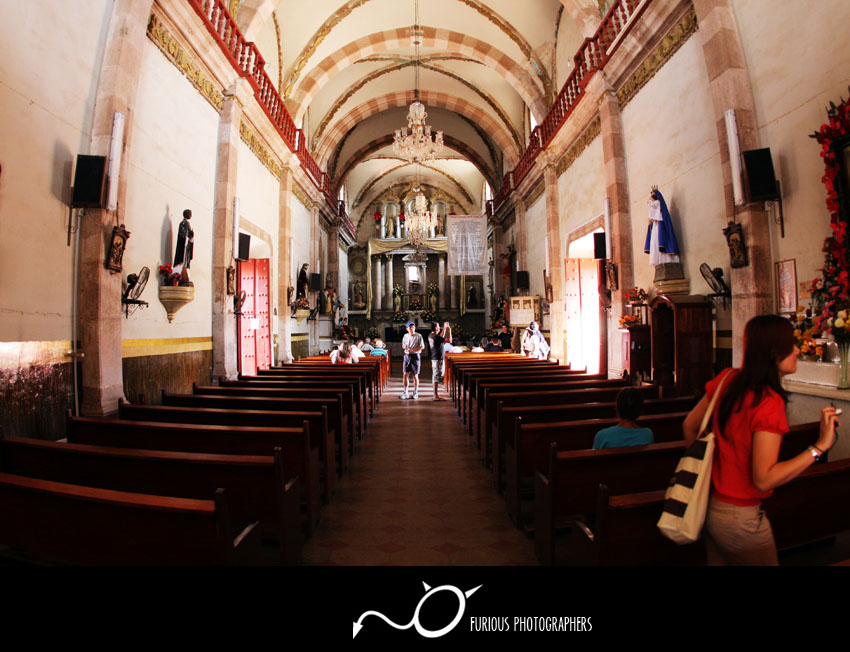 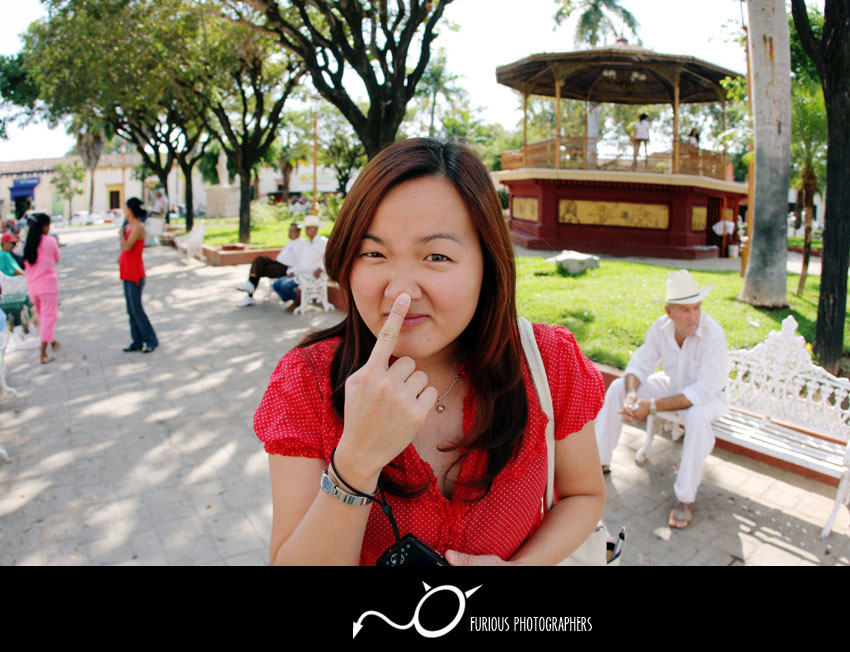 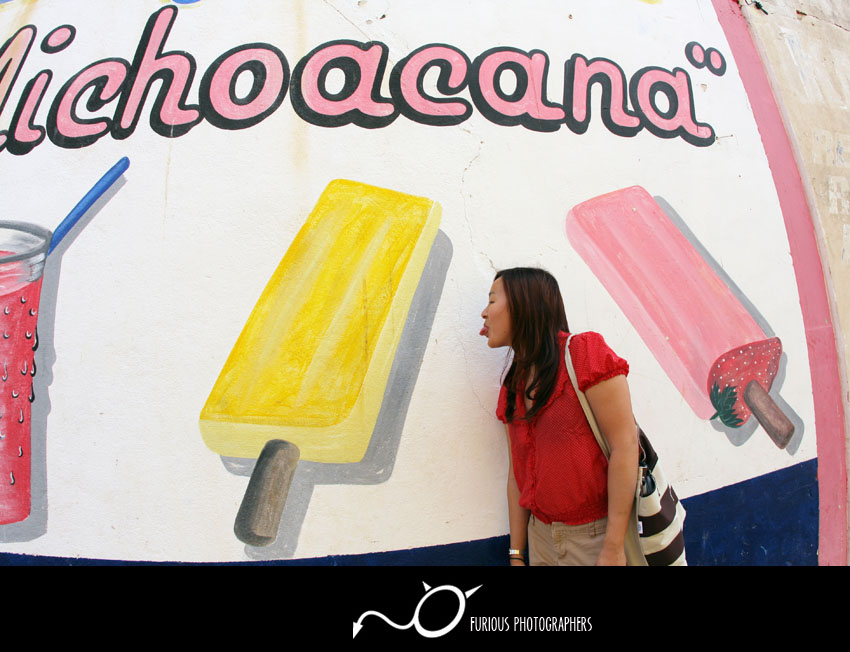 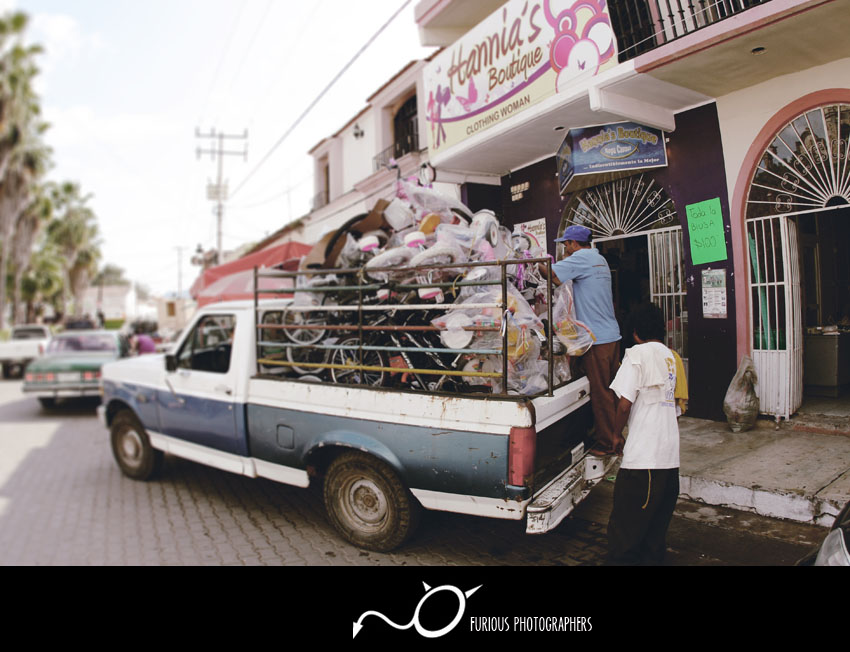 Here were some kids trying to sell me pieces of wood for $1 each. @_@ 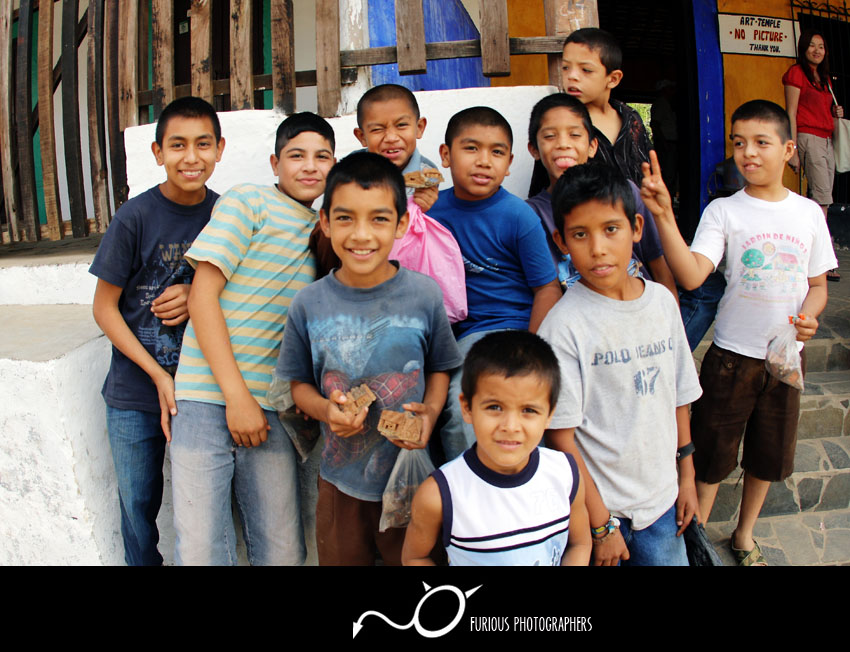 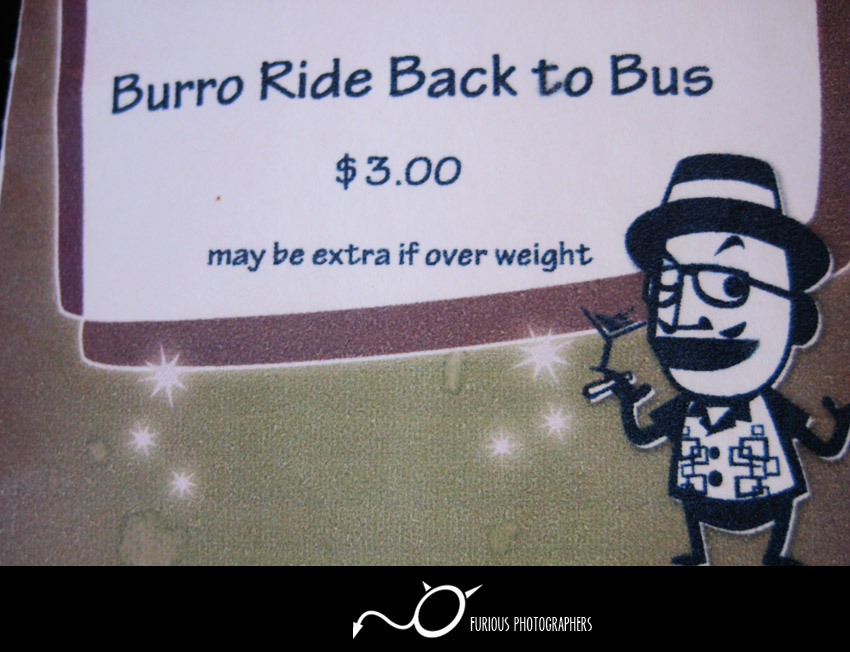 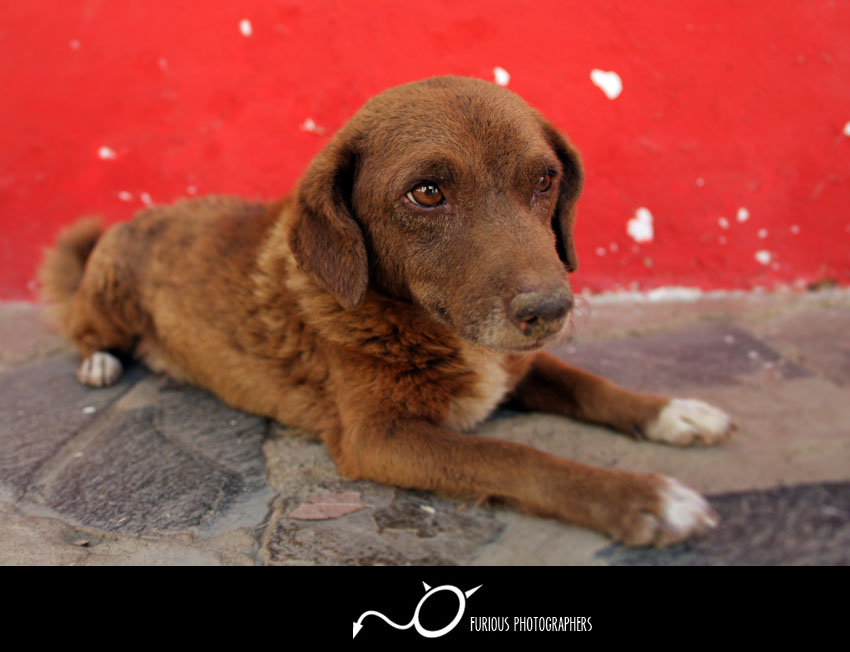 Chalva’s Restaurant – the best Mexican restaurant I have ever had! It is located in Copala, which is a tiny town established in 1565. The owner of the restaurant is actually from Pasadena, CA. He used to own a catering business and decided to move out there because Mexico is so cool. In my honest opinion, anywhere else in the world is cooler than Los Angeles, CA.

Yum! A variety of Mexican food coupled with a bottle of Pacifico!

Maria – our super awesome tour guide! She works for the district attorney during her week and tour guide during her spare time!

Third stop – Puerto Vallarta. I heard many people have weddings here too – stellar! I have time share here so I can go anytime!

We went through Vallarta Adventures to go Canopy zip lining through the Mexican forest! Our guide was Armando, who was super educated and totally fun to hang around with. The trip to the forest was 45 minutes, so we had lots of bonding time. Amidst discussion, I concluded that Armando knew more about the American mainstream culture more than we Americans did. He blew my mind!

The following are just a couple of images during our way to the forest. 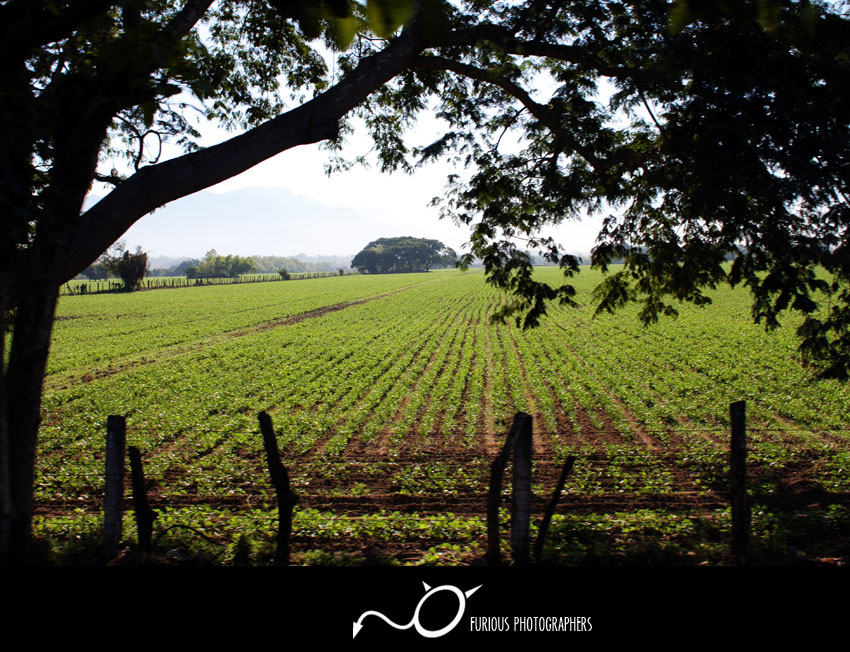 I look silly here because the guide said “let go of your hands” and I did what he said. Had I known, I would have done something else *rolls eyes* 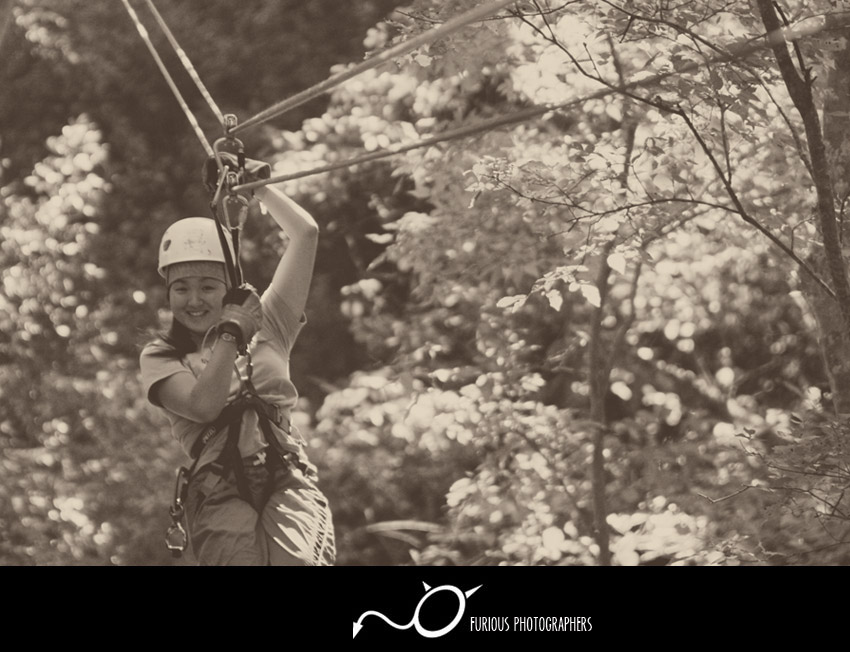 After an exhausting day zip lining 90′ up in the air and across the distance of two and a half football fields, Julie and I were starving. We asked our cab driver to take us to the best “Mariscos” (or seafood) around Puerto Vallarta. He drove us to “Lucky Lobster,” which is funny because the lobster in question was actually not so lucky…rather delicious! 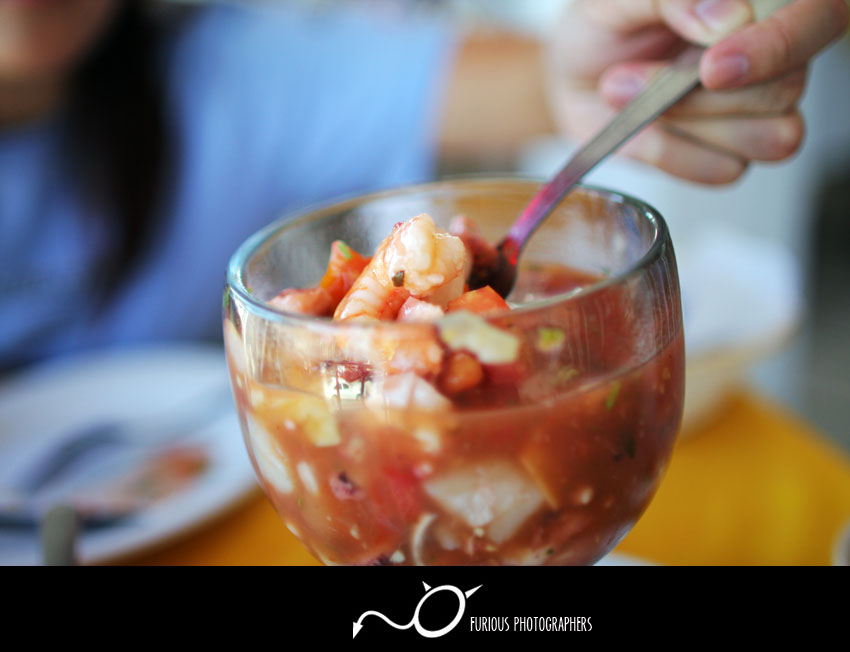 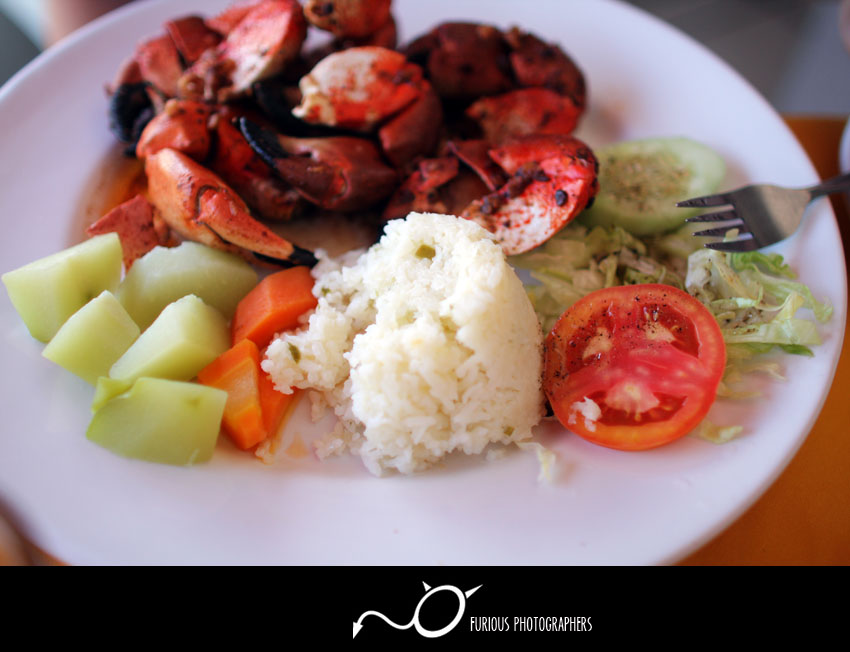 After a filling meal, I was eager to try my American Starbucks gift card that Joyce Luck gave me right before my trip. Surprisingly, it worked! Plus, I had to use the restroom and …yeah.

On the last few nights heading home, I took some pictures of Howell Sterling from Xcite who performed at the pool area. 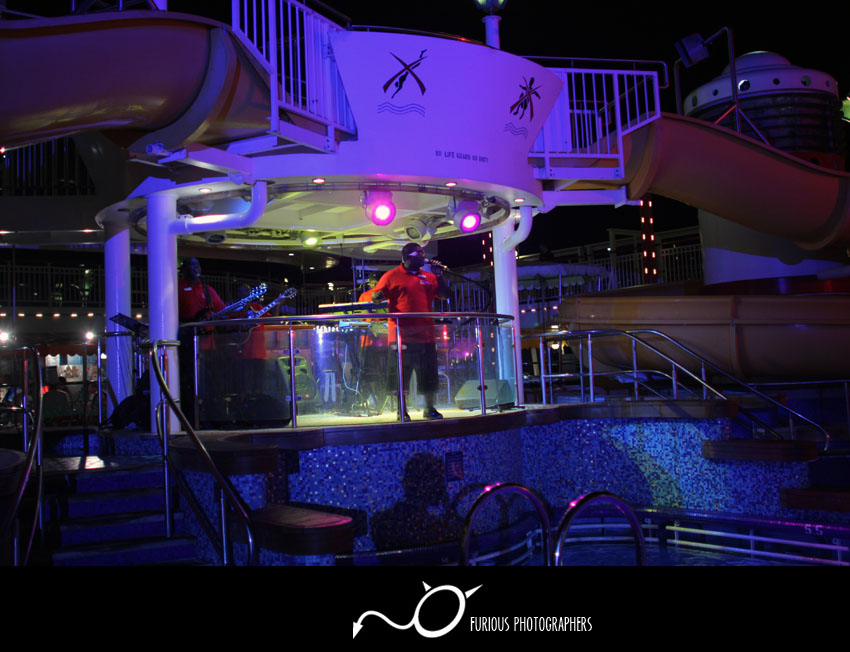 Julie and I played lots of Scrabble – fun times! 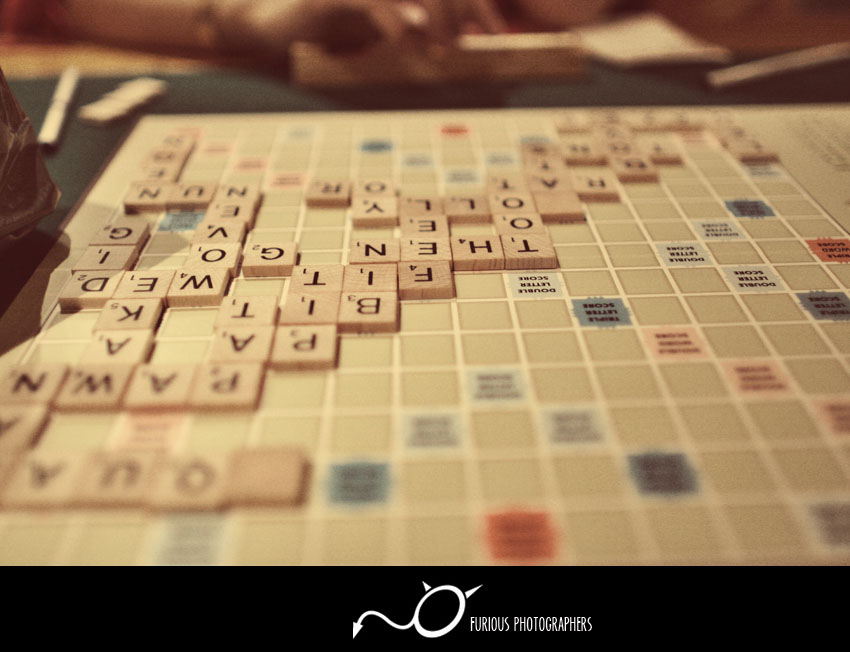 While Julie was getting sea sick on our last night, I played Solitaire by myself for an entire day. YAY! 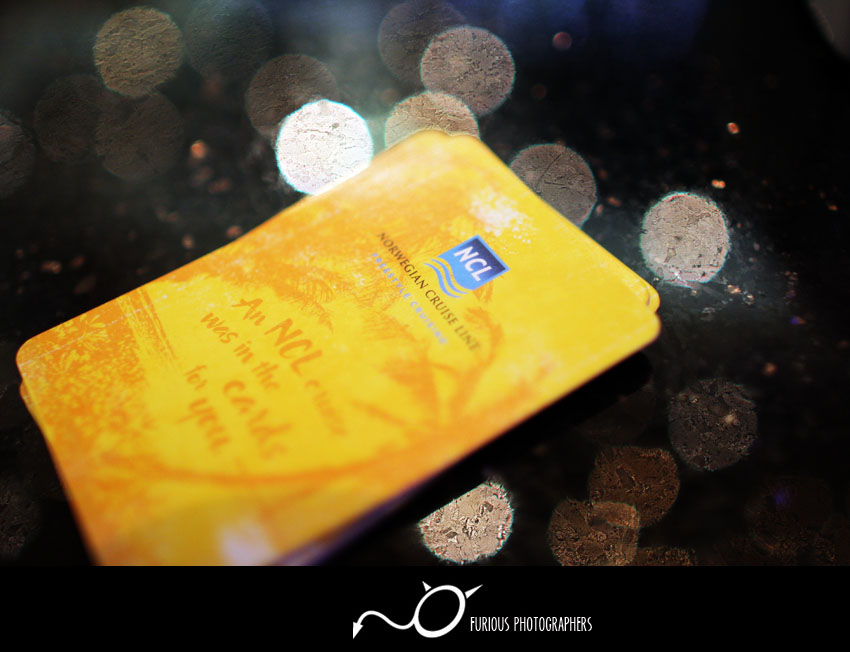 All in all, what a great adventure. I highly suggest everyone to try a cruise line! It is so inexpensive and so fun! I almost cannot believe it.

Dreaming of my next trip,

Turn Up the Heat | Brush Fire